A Chinese start-up with powerful backing plans to test a fleet of self-driving trucks in Arizona and Shanghai next year, competing with Uber Technologies Inc. and Alphabet Inc.’s Waymo in transforming the way goods are delivered.

Haulage is ripe for disruption by automation because the industry faces a growing shortage of drivers and transporting cargo between fixed points is less complicated than city driving, says Chen Mo, 33, co-founder and chief executive officer of Beijing-based Tusimple, which is backed by Sina Corp., operator of China’s biggest microblogging site. 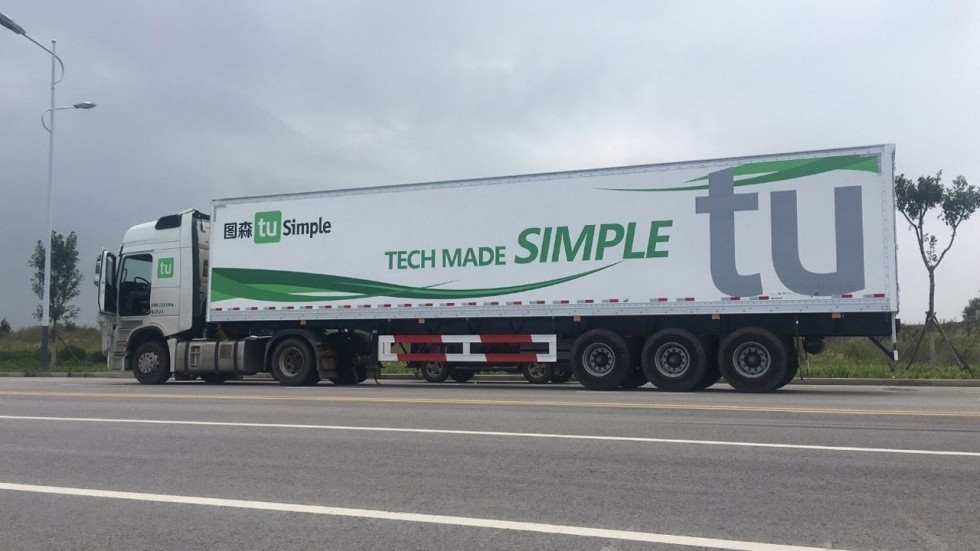 Self-driving trucks could cut logistics costs by 40 per cent in the U.S. and 25 per cent in China as they can run longer than human-piloted rigs without rest and save at least 10 per cent on fuel, Chen said. They could also improve safety, especially in China, where trucks kill about 25,000 people a year, according to the Ministry of Public Security.

“It’s natural for us to start the business simultaneously as both countries feature a trucker shortage and huge cargo transportation demand,” Chen said in an interview in his office in Beijing. “China’s trucking industry is costly, inefficient and dangerous” and Tusimple’s technology “can reduce the casualty rate to 25 per cent of the current level.”

The startup plans to order 60 to 100 specially retrofitted trucks for the tests from a U.S. truck maker and China’s Shaanxi Heavy Duty Motor Co. The vehicles will have 10 cameras, three radars and a control system to analyse traffic conditions. The plan, regulations permitting, is to introduce commercial services in 2019, initially on two routes: a 120-mile (193 kilometres) highway stretch between Tucson and Phoenix in Arizona, and a 20-mile leg between a Shanghai port and warehousing, after completing 3 million miles of road tests in a year.

Instead of selling the automation technology to logistics firms or fleet owners, Tusimple plans to get into the haulage business. Chen said the industry in China is more fragmented than in the U.S., with large numbers of truck owners who lack proper training or insurance.

Tusimple would be ahead of Uber and Alphabet Inc.’s Waymo to start road tests in China, where nine out of 10 of the nation’s 30 million truckers are individuals subcontracted by logistics companies. China hauled 33.6 billion tonnes cargo of last year, compared with 10.4 billion tonnes in the U.S. The Chinese startup has been testing four trucks in China’s northern port of Caofeidian since July.

Nearly 30 per cent of Chinese truckers have driver fatigue that can lead to slower reaction and inability to keep their eyes open during the early morning and afternoon, according to G7 Networks, a Beijing-based vehicle connectivity technology company that tracks data with equipment on commercial vehicles. Chinese drivers earn an average 300,000 yuan (US$46,000) for running 100,000 kilometres a year and younger drivers are opting for jobs like couriers in cities that pay more, the G7 study said.

Tusimple has no plans to develop driverless passenger cars as intracity driving is much more complex than highway piloting and there’s less of a discernible return in terms of business costs in removing the human driver from a private hire car, Chen said.

Those economics have attracted others. Tesla Inc. met with California and Nevada agencies about testing an autonomous semi-truck after CEO Elon Musk tweeted his ambition to add driverless trucks to the line-up. Waymo — spun off from Google’s self-driving car project — said in June it’s exploring integrating its hardware and software into a truck.

Uber’s truck division is focused on developing self-driving technology in U.S., a media representative for the company said in an email. Alphabet and Tesla didn’t respond to requests for comment on Chinese trials.

Tusimple has raised a total of US$27.5 million so far from a group of investors including Santa Clara, California-based Nvidia Corp., which also provides graphic chips to Tesla. The company aims to raise another US$150 million before seeking an initial public offering in the next few years, Chen said, without giving a specific timetable.

In June, Tusimple completed a 200-mile so-called Level 4 test drive from San Diego to Yuma, Arizona, using an Nvidia graphics-processing unit and cameras as primary sensors. Level 4 is industry speak for vehicles that can pilot themselves in almost all environments and will stop safely if the human driver doesn’t respond to a request for them to take over. The ultimate goal is Level 5 — no steering wheel, brake pedal or human required.

Tusimple started with a 20-person lab that made a car-identification tool for Sina Weibo in 2015. The software can determine the model and carmaker’s name from a picture uploaded by users who want to identify a specific car and buy it. Chen decided there’s more business potential in applying the visual-recognition technology in autonomous driving.

Chen spent a decade founding websites for property advertising, car sales and board games. Sina, investor for Chen’s previous venture, introduced him to Hou Xiaodi who is the same age as Chen and holds a doctoral degree in computational and systems neuroscience from California Institute of Technology. They co-founded Tusimple.

While Tusimple, Uber and others are racing to develop reliable autonomous systems, questions remain as to how quickly governments will be prepared to allow a 40-ton 18-wheeler to come barrelling down the highway with no one at the wheel.

There’s also plenty of competition from other startups for funding. Uber acquired autonomous-vehicle startup Otto for US$680 million last August. Tusimple will seek to rope in an e-commerce company such as Amazon.com Inc., JD.com Inc. or Alibaba Group as a strategic investor, said Chen.

Chen’s connections in China could give him an advantage in the competition to bring self-piloted vehicles to the world’s highways, but there are hurdles still to overcome, not least in ensuring the systems really work under all conditions.

“Lower costs and higher efficiency pictured by self-driving trucks are good lures for business clients while improvement in safety is a good point to convince governments,” said Bruno Zhao, a partner in Bain & Co.’s Greater China office. “The question is whether the technology will really be ready.”