Greene King to be sold to Hong Kong’s richest family for £2.7bn

Greene King to be sold to Hong Kong’s richest family for £2.7bn

Hong Kong’s richest family is to buy the 220-year-old pub and beer company Greene King for £2.7bn, the equivalent of £1m for every one of its 2,700 pubs, restaurants and hotels.

The deal adds to the vast stable of UK businesses that are part of the sprawling global empire controlled by Li Ka-shing, the 91-year-old multibillionaire who also owns pharmacy chain Superdrug and mobile operator Three.

It also marks the second time this year that a time-honoured British brewer has been snapped up by an Asian buyer, after Fuller’s was sold to Japanese drinks giant Asahi for £250m.

A year after taking the helm of Hong Kong’s biggest conglomerate from his father Li Ka-shing, Victor Li is making a $3.3 billion bet that Brexit won’t dent the value of U.K. pubs or the land under them. 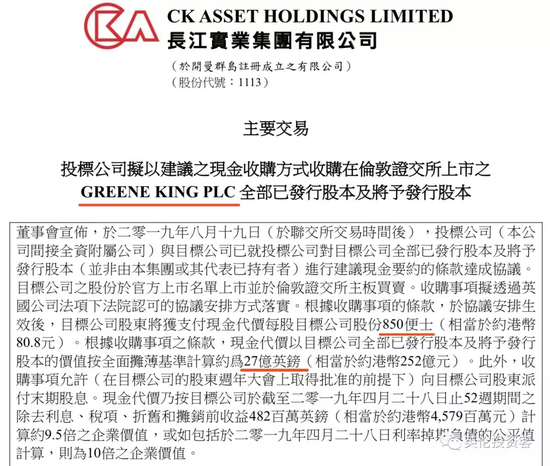