OneSpace, a startup based in Beijing, on Thursday became the country’s first private company to launch its own rocket. It said its 9-meter-tall OS-X rocket successfully blasted off from a base in northwestern China.

The aim of the mission is to collect data for a research project the startup is working on with the Aviation Industry Corporation of China, a state-owned company.

Founded in 2015, OneSpace is often likened to Elon Musk’s rocket company, SpaceX, a comparison that founder and CEO Shu Chang doesn’t shy away from.

“OneSpace’s situation right now is very much like where SpaceX stood in its early years. SpaceX is the first in the US. We’re the first in China,” he told CNNMoney in an interview ahead of the launch. 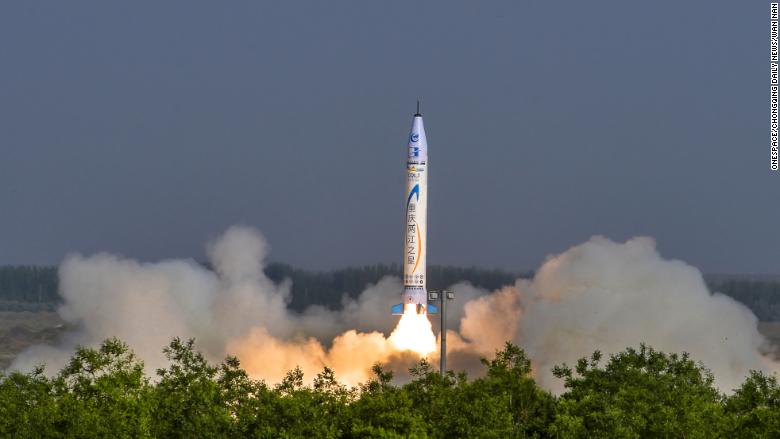 OneSpace’s OS-X rocket lifts off from a base in northwestern China on Thursday.