Sweden cars: 80 set on fire by gangs in several cities 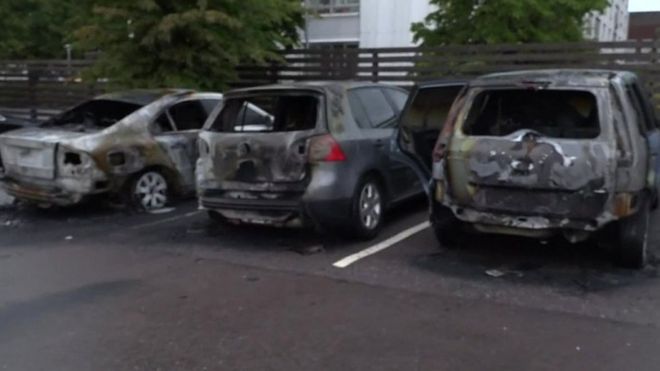 Dozens of cars have been set alight in Sweden overnight, in what police say may be a co-ordinated criminal action.

Most of the damage took place in the western city of Gothenburg, but incidents were also reported in cities up to 100km (60 miles) away.

Cars were also damaged in Trollhattan to the north of Gothenburg, and Falkenberg to the south. 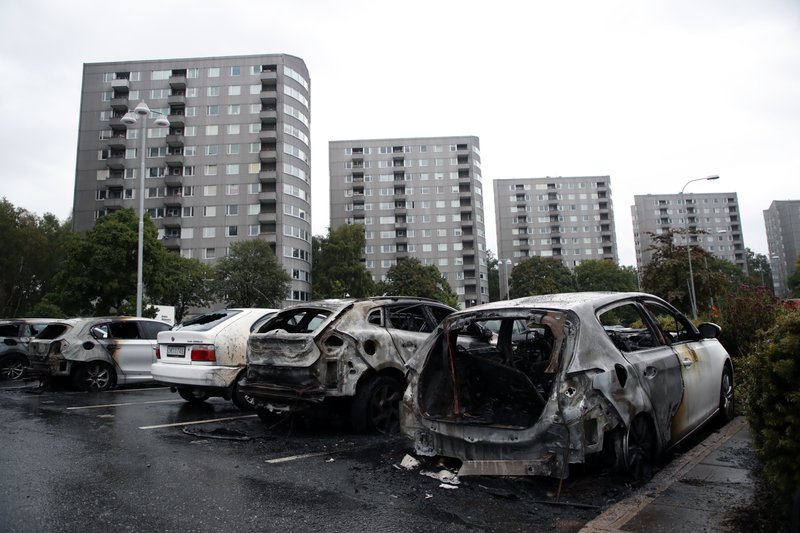 COPENHAGEN, Denmark (AP) — A man suspected of arson in connection with dozens of car fires in Goteborg, Sweden’s second largest city, has been arrested in Turkey, police said Wednesday.

About 80 cars were set ablaze in the night from Monday to Tuesday, chiefly in Goteborg, and nearby Trollhattan, an industrial city. Fires were also reported on a smaller scale in Malmo, Sweden’s third largest city.

Police spokesman Thomas Fuxborg said Wednesday that a man in his 20s was arrested a day earlier as he tried to enter Turkey. He is suspected of arson and is expected to be returned to Sweden.

Two others, aged 16 and 21 and living in Frolunda, a suburb of Goteborg where of some the fires took place, were arrested Tuesday on suspicion of arson.

Police believe the arson attacks were coordinated on social media but have no motive.

In a separate statement, Sweden’s national police said reasons for such fires are hard to establish and can have different motivations, including provoking authorities, hiding traces in connection with criminal activities and insurance fraud.

Such fires are “not a new phenomenon,” Emil Eisersjo of Sweden’s national police said. “There is a tendency for a hike in connection with the end of the school year, the beginning of the school year and in the winter when fireworks are on sale” ahead of the New Year.