Machine is expected to do over 1,000 quadrillion calculations per second
This equals to 20 million desktop computers working simultaneously
The new model was announced by China’s state-run media on November 2 China has started to build a prototype supercomputer which will run ten times faster than the current fastest system.

In other words, the world’s entire population will need to use calculators together for 320 years to do as many calculations as the supercomputer in one minute.

The world’s current fastest computer, the Sunway Taihulight was also developed by China. 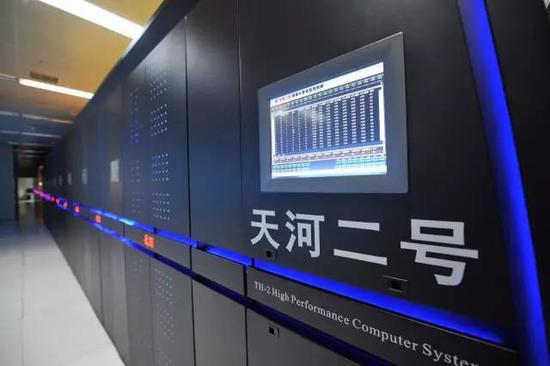 (Xinhua) China’s Sunway TaihuLight and Tianhe-2 are still the world’s fastest and second fastest machines, but America’s Titan was squeezed into fourth place by an upgraded Swiss system, according to the latest edition of the semiannual T0P500 list of supercomputers released Monday. 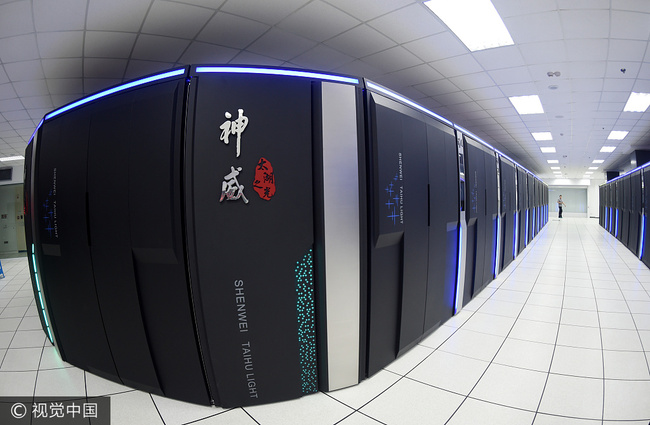 Sunway TaihuLight, described by the T0P500 list as “far and away the most powerful number-cruncher on the planet,” maintained the lead since last June, when it dethroned Tianhe-2, the former champion for the previous three consecutive years.

It means that a Chinese supercomputer has topped the rankings maintained by researchers in the United States and Germany for nine times in a row.

What’s more, Sunway TaihuLight, with a performance of 93 petaflops, was built entirely using processors designed and made in China.

“China is simultaneously developing hardware and software technologies of supercomputers,” Fu said. “It is expected that rapid development in homegrown hardware technologies, supported by homegrown software, will lead to a stronger research and engineering test capacity in many fields, thus promoting an industrial upgrading and, eventually, a sustainable development of China’s homegrown supercomputing industry.”

Tianhe-2, capable of performing 33.9 petaflops, was based on Intel chips, something banned by the U.S. government from selling to four supercomputing institutions in China since 2015.

In the latest rankings, the new number three supercomputer is the upgraded Piz Daint, a system installed at the Swiss National Supercomputing Center.

“This is the second time in the 24-year history of the TOP500 list that the United States has failed to secure any of the top three positions,” the TOP500 organizers said in a statement.

The only other time this occurred was in November 1996, when three Japanese systems captured the top three spots.

“Nevertheless, the U.S. still claims five of the top 10 supercomputers, which is more than any other nation,” they said.

Fu called the upgraded Swiss system “really a surprise,” saying that “it reflects the increased investment in large-scale supercomputers in Europe.”

“Although the U.S. dropped out of the top three, it still has strong strength in high performance computing,” Fu told Xinhua. “If everything goes well, we could see two U.S. systems with a performance of 200 to 300 petaflops in the next rankings at the end of the year.”

Just days before the TOP500 announcement, the U.S. Department of Energy said it has awarded AMD, Cray, HP Enterprise, IBM, Intel and NVIDIA a total of 258 million U.S. dollars in funding to accelerate the development of next-generation supercomputers.

“Continued U.S. leadership in high performance computing is essential to our security, prosperity, and economic competitiveness as a nation,” U.S. Secretary of Energy Rick Perry said in a recent statement.

The immediate goal of the United States is to develop at least one exascale-capable system by 2021, which will be at least 10 times faster than China’s Sunway TaihuLight.

“Global competition for this technological dominance is fierce,” the U.S. Department of Energy asserted. “However, the U.S. retains global leadership in the actual application of high performance computing to national security, industry, and science.”

In addition, the latest list showed that the United States leads the pack in the total number of TOP500 systems, with 169, while China is a close second with 160. Both countries lost share compared to six months ago, when they each claimed 171 systems.

Besides the United States and China, the most well-represented countries on the list are Japan, with 33 supercomputers, Germany, with 28, France, with 18, and Britain, with 17.

Overall, aggregate performance on the TOP500 rose to 749 petaflops, a 32 percent jump from a year ago.

Such an increase, though, is well below the list’s historical growth rate of about 185 percent per year, said the organizers.

“The slower growth in list performance is a trend that began in 2013, and has shown no signs of reversal,” they said.

When it comes to companies making these systems, the U.S.-based Hewlett-Packard Enterprise claims the number one spot with 143 supercomputers. China’s Lenovo is the second most popular vendor, with 88 systems, and Cray is in third place, with 57.

The Top500 list is considered one of the most authoritative rankings of the world’s supercomputers. It is compiled on the basis of the machines’ performance on the Linpack benchmark by experts from the United States and Germany.