China drew a record $119.6bn in foreign investment, while outbound investment grew 14.1% to a new high of $102.9bn.
The top 10 investors, led by Hong Kong, South Korea, Singapore, Taiwan and Japan, made up for 96.5% of mainland China’s foreign direct investment last month. 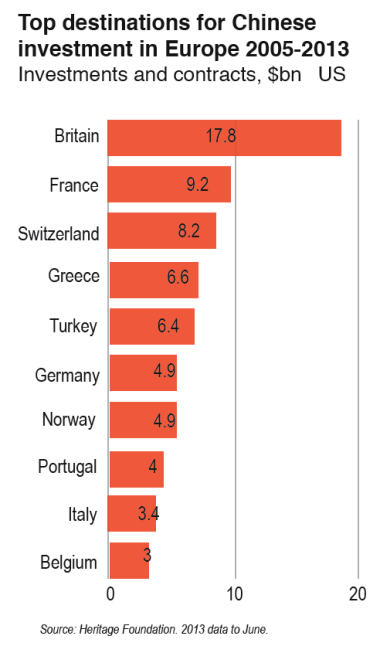 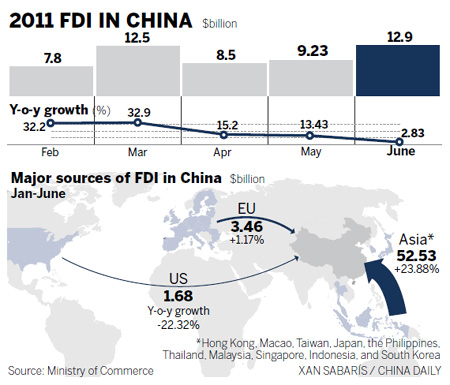 Ministry of Commerce: From January to August, foreign direct investment reached US$74.09 billion, a year-on-year increase of 7.8%. 上半年，中国企业宣布的对欧洲的兼并收购案合计价值220亿美元，是对北美投资额25亿美元的近9倍； 已完成的兼并收购交易的总投资额价值120亿美元，是对北美20亿美元的6倍。   16日，全球知名律师事务所贝克•麦坚时（Baker & McKenzie）联手荣鼎咨询（Rhodium Group）发布最新报告称，2018年上半年，中国企业的对外直接投资（OFDI）迅速转向了欧洲，金额远超对北美的投资。 In the first half of the year, Chinese companies announced a total of US$22 billion in mergers and acquisitions in Europe, nearly nine times the amount of US$2.5 billion invested in North America; the total investment in completed M&A transactions was US$12 billion, which is for North America. Six times the $2 billion. On the 16th, Baker & McKenzie, a world-renowned law firm, teamed up with the Rhodium Group to release the latest report. In the first half of 2018, Chinese companies’ direct foreign investment (OFDI) quickly turned to Europe. The amount far exceeds… Read more » 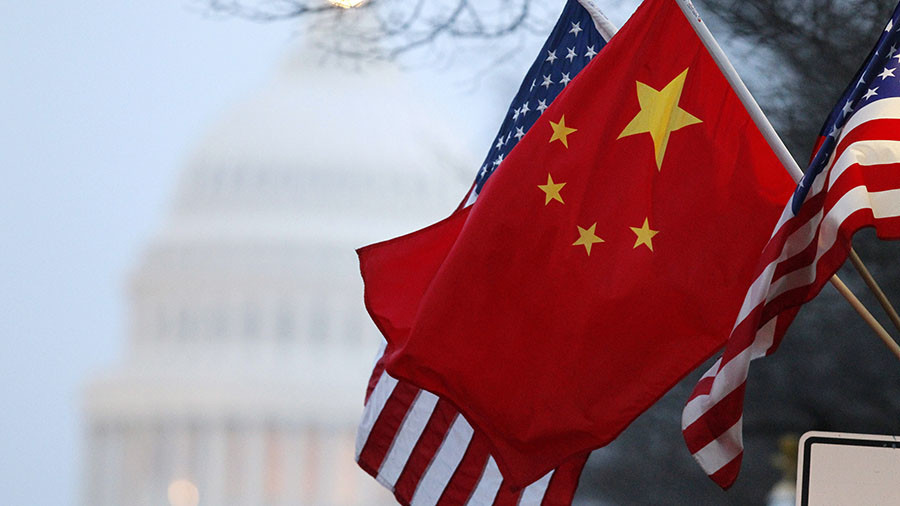 Policy shifts between the world’s two largest economies, the United States and China, have strongly disrupted their ties, with the value of deals announced in 2017 down by more than 90 percent from the year before.

A joint report by the Rhodium Group and the National Committee on US-China Relations showed that Chinese investment in the US fell from $46.5 billion in 2016 to $29.7 billion last year.

Which country spends most on vacations (Source: UNWTO 2016) 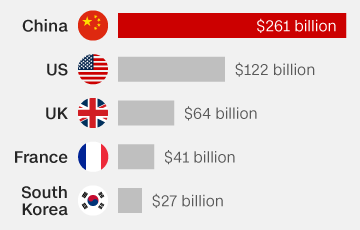 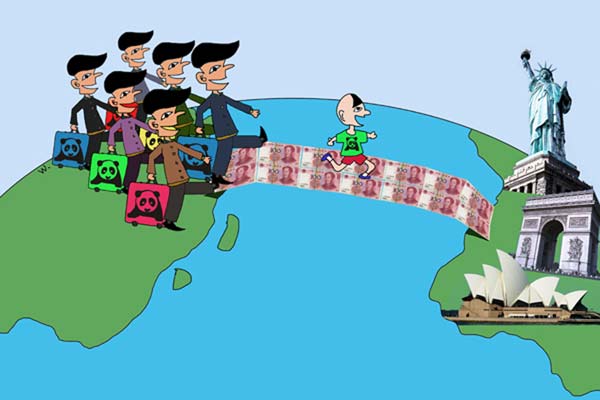 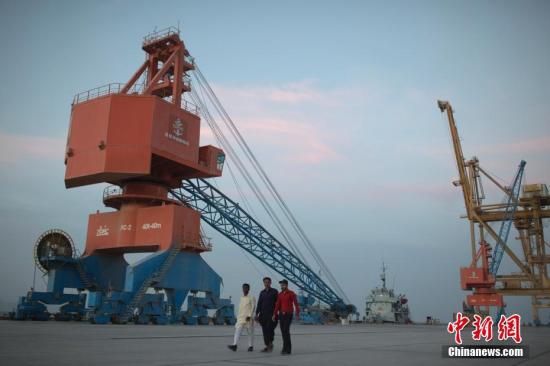 In 2017 China will roughly invest 170 billion USD in foreign countries. 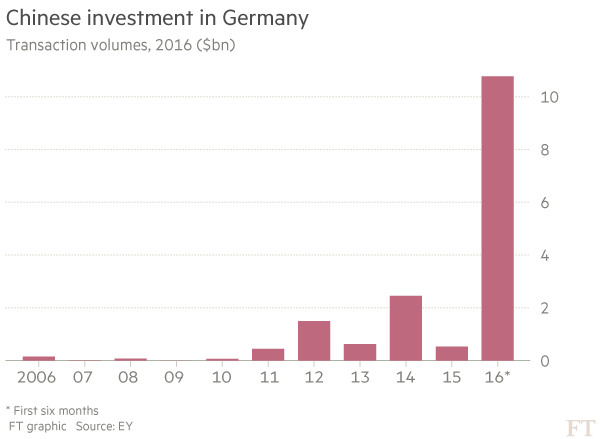 Direct investment position of the United States in China from 2000 to 2014 (in billion U.S. dollars, on a historical-cost basis)

From this table you see the accumulated USA investment in China is about total 65 billion USD.

China has crossed a major investment threshold that is going to change the entire world.

2015: China investments’ abroad are massive, amounting to $870 billion at the end of last year

China investments’ abroad are massive, amounting to $870 billion at the end of last year, according to data released by the Heritage Foundation, an American research institute.

Stock of direct foreign investment – abroad compares the cumulative US dollar value of all investments in foreign countries made directly by residents – primarily companies – of the home country, as of the end of the time period indicated. Direct investment excludes investment through purchase of shares. Chinese FDI in the US: 2015 Recap In the first two weeks of 2016, Chinese investors already announced a flurry of headline grabbing US deals, including Haier’s $5.4 billion acquisition of GE’s appliances unit and Dalian Wanda’s $3.5 billion investment in Hollywood producer Legendary Entertainment. This note reviews Chinese deal making in the United States in the past 12 months, illustrating the dramatic shift from state-owned investment in energy to private sector FDI in services, high-tech and consumer-oriented assets. Chinese FDI in USA in 2015: $15.7 billion in 2015 A strong fourth quarter has pushed Chinese FDI in the US… Read more » 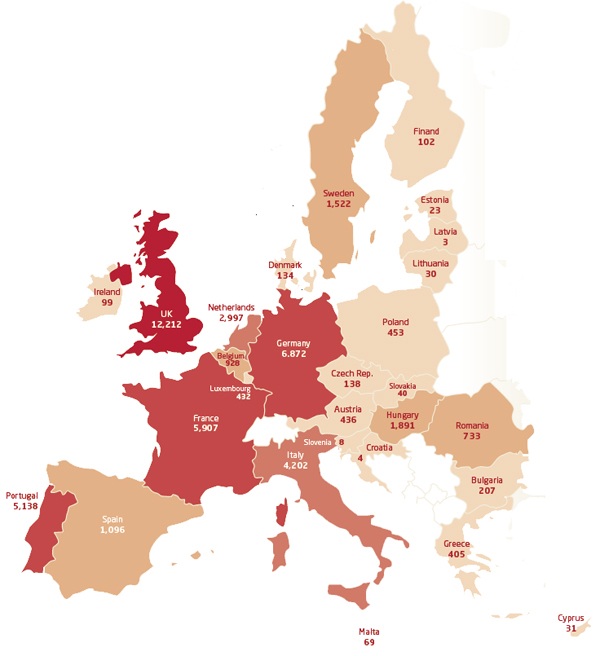 Why Chinese investment is soaring in Europe https://euobserver.com/eu-china/128042 In 2015, Chinese investors doubled their money in Europe to a record $18 billion Chinese capital has flooded to the EU core economies, from the UK property market and German advanced technology to French industries and Italian energy. In 2015, the UK is the top destination for Chinese investment at $5.1 billion, followed by Italy at $3.5 billion. In terms of the sector mix, Chinese capital is moving from natural resources and trade facilitation toward a broad range of industries and assets across Europe. In the fiscally conservative Northern Europe, Chinese investors… Read more »

How the Chinese are investing in the EU