Foxconn, the major supplier to Apple, is going to double the workers’ wages again.

Taiwanese electronics manufacturing giant Foxconn will double the minimum monthly salary of its workers in mainland China by the end of next year, reports our Chinese-language sister paper Want Daily.

Earlier this month in Shanghai, Foxconn chairman and president Terry Gou announced that the company’s salaries in China will exceed the minimum wage in Taiwan by the end of the year. Media commentators said this means that salaries will have to be increased from the current levels of 2,200 yuan (US$350) to 4,000 yuan (US$630), a rise of 82%.

Sources now claim that Gou declared at a function on May 16 that simply catching up to Taiwanese wages is not enough, and that monthly salaries for workers in China should be doubled to 4,400 yuan (US$690) by the end of 2013. If the claim proves to be true, this would be Foxconn’s fourth announced salary hike in China in the last two years. It would also represent a near five-fold salary increase for the company’s 1 million workers on the mainland since 2010.

Which is what we’re seeing in China, an industrial revolution: thus the wages of the workers are rising.

2013:Working by Foxconn China, with average age of 20, with little education, makes about 400 to 700 USD per month, that’s not that bad at this moment, considering the purchasing power in China is much higher than that in USA per dollar.

With no or low education, people cannot expect to make a lot of money per month.

The new factory will make advanced liquid-crystal displays with technology from Sharp Corp., the Japanese electronics brand acquired this year by Foxconn.

In a speech announcing the deal, Mr. Gou praised the manufacturing environment in China, where the Taiwanese-based company makes Apple Inc.’s iPhones and other products. His comments came amid calls by U.S. President-elect Donald Trump to impose 45% tariffs on goods made in China as a means to encourage more manufacturing in the U.S. 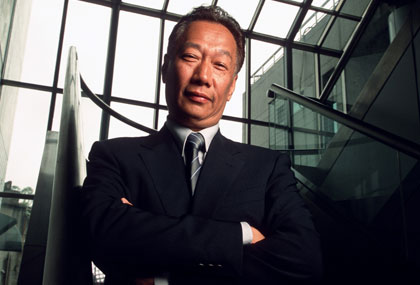 Just some numbers (from ABC Nightlines) and perspective here,

$140 vs. $46 in purchasing power. The Chinese youth ‘feels’ 2-3x richer than an American youth of similar circumstance (if such job exists). Hardly slavery at all.

The only losers are the American youth who never had a chance to get a jump start in life with a ‘start-up’ jobs as such.

I’ve travelled through 40 countries in the past 10 years.

In countries where people live on $25-200/month, food & housing can be incredibly cheap; e.g. a guy in Israel complaining about higher prices because he used to buy enough falafel to feed his family breakfast for $0.50.

Some items are hideously expensive though. Computers, cameras, and cars sometimes cost 2-3X the US price. Haagen-Dazs ice cream in some countries is a super-premium item at $20/pint (Haven’t figured out how it varies from $3/pint to $20/pint country to country).

In Romania, nightclubs charged $10 so locals only went out on Friday or Saturday, and people nursed their one complimentary drink without buying others…because the average salary was $200/month. (e.g. Imagine a US nightclub charging $120 admission & $120 drinks…even more expensive than VIP tables here).