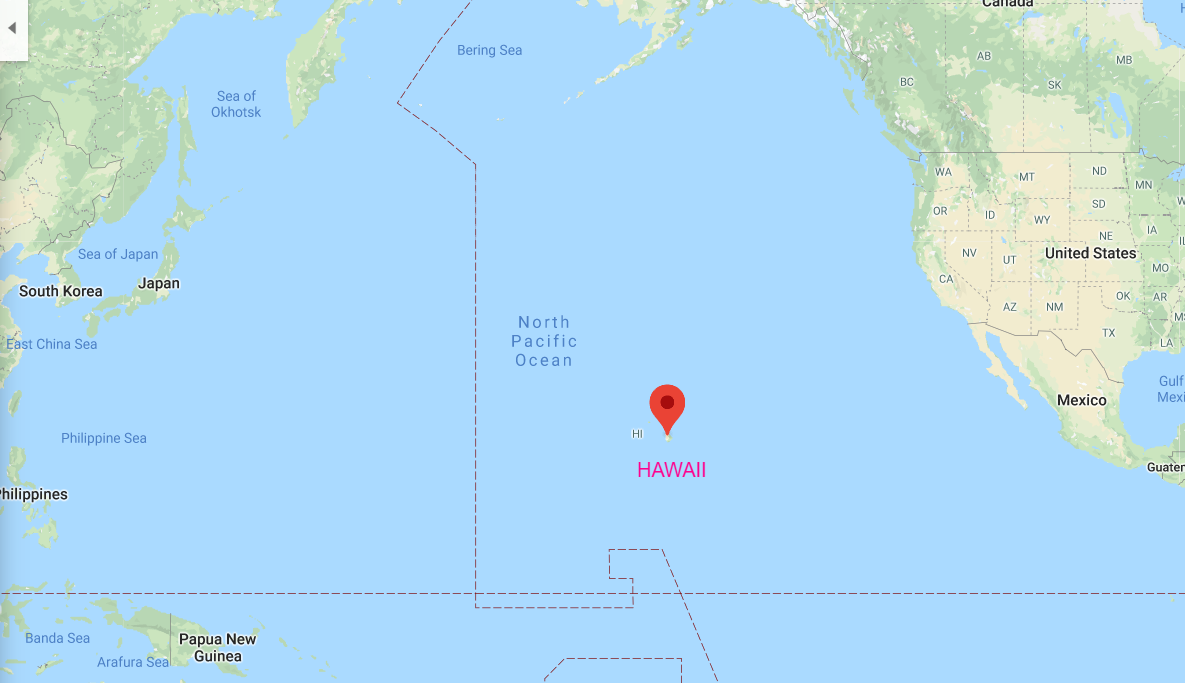 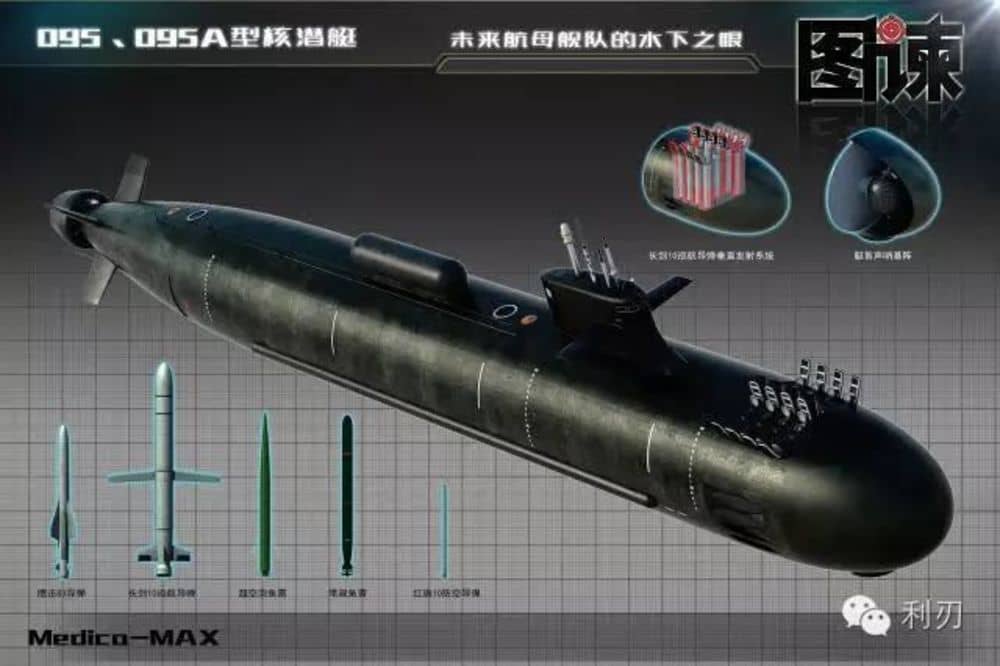 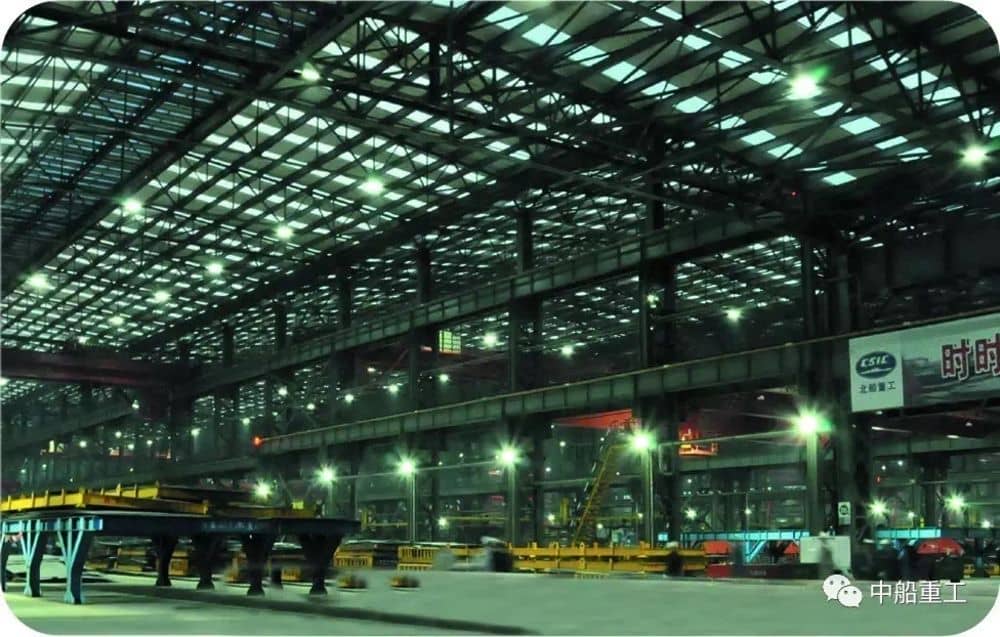 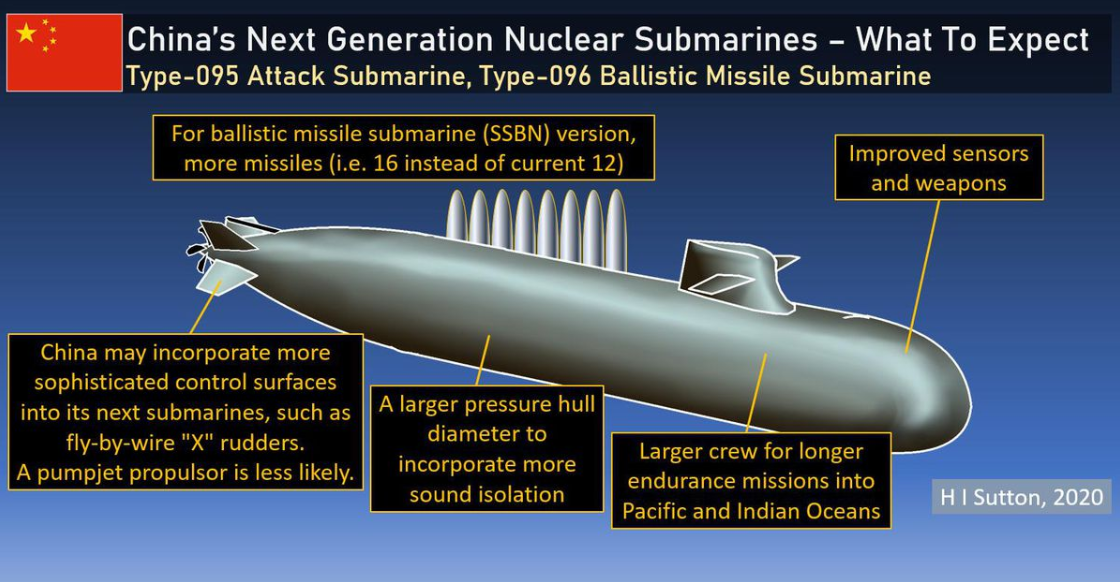 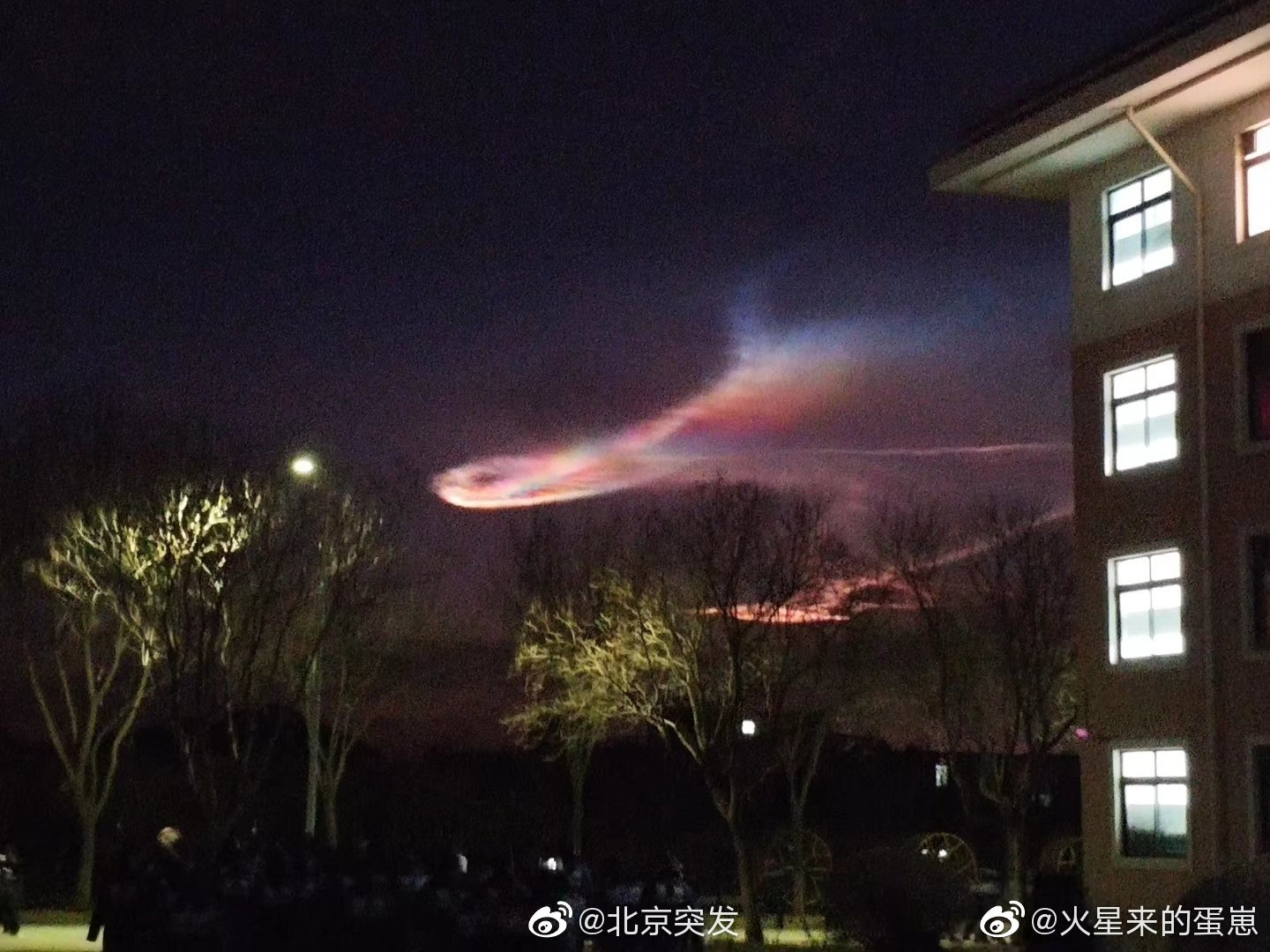 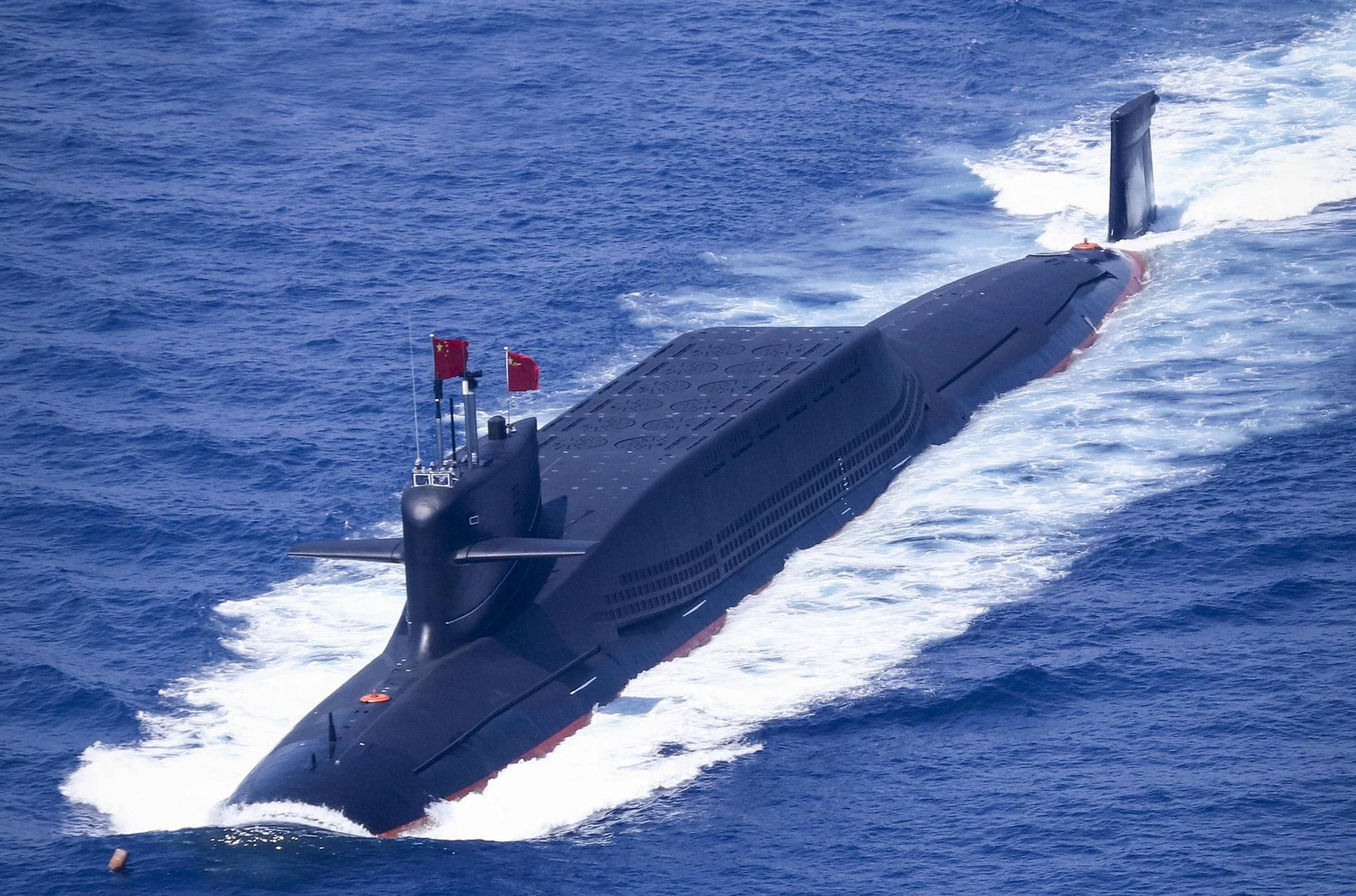 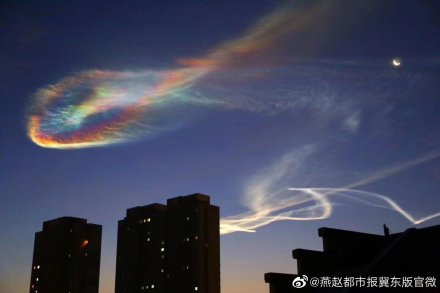 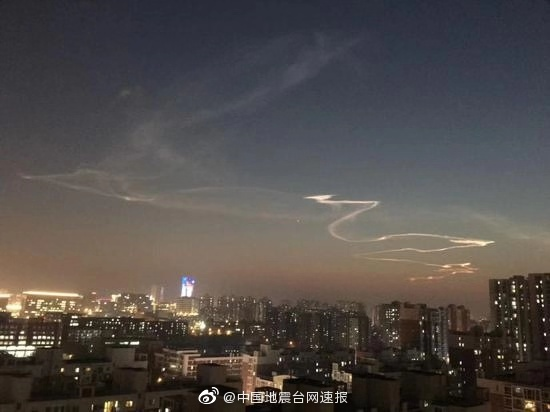 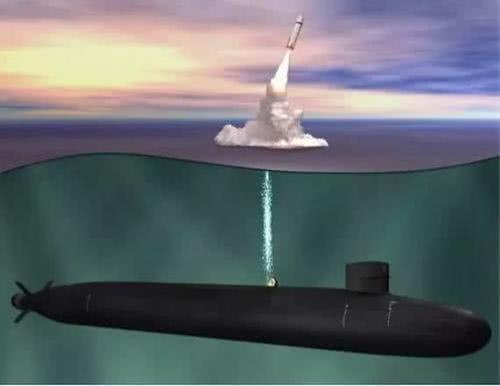 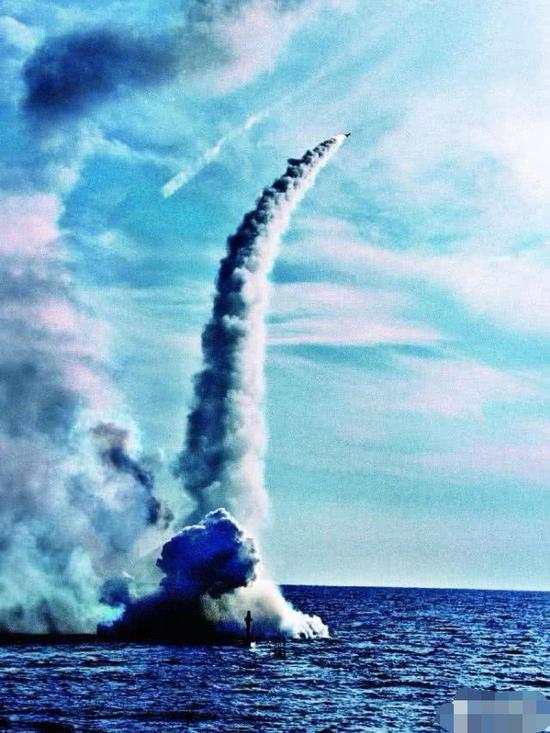 Photographs posted on Chinese social media sites appear to show that China conducted a missile launch on 2 June, which online sources suggest was a test firing of the country’s next-generation submarine-launched ballistic missile (SLBM), the JL-3. 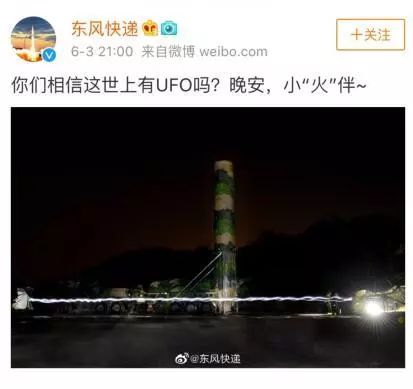 The event took place during the time an area in the Bohai Sea was closed for a “military mission” as notified by the Liaoning office of the Maritime Safety Administration (MSA). The MSA had issued two closure notices – from 07:00-1300 h (local time) on 1 June and from 02:30-12:00 h on 2 June – for naval activities in the Bohai Strait, southwest of the naval bases around Lushun and Dalian, at the entrance to the largely enclosed Bohai Sea.

State-owned Global Times newspaper reported that on 2 June at about 04:00 h “residents across multiple provinces in China” had seen “an unidentified flying object (UFO) with a glowing fiery tail streak across the sky”, photographs and video clips of which were posted on many Chinese social media sites. 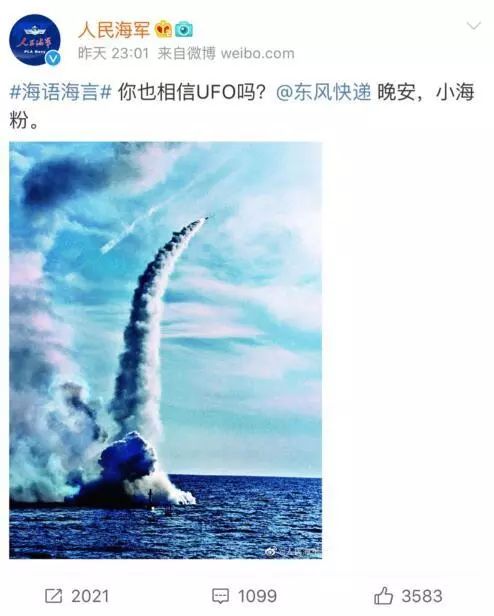 The event was observed in Shandong, Shanxi, Hebei, and Henan provinces, which would be consistent with a missile fired from the Bohai Sea following a flight path into the desert areas of western China where ballistic missile test firings usually impact.

A previous JL-3 test launch took place in late November 2018, according to an article by Bill Gertz in the Washington Free Beacon , quoting US defence officials. A similar sea closure area south west of Dalian was established by the Liaoning MSA on 22 November, but there was no observed missile flight. This probably indicated that the November launch was to demonstrate satisfactory underwater ejection of the missile from the launch tube. 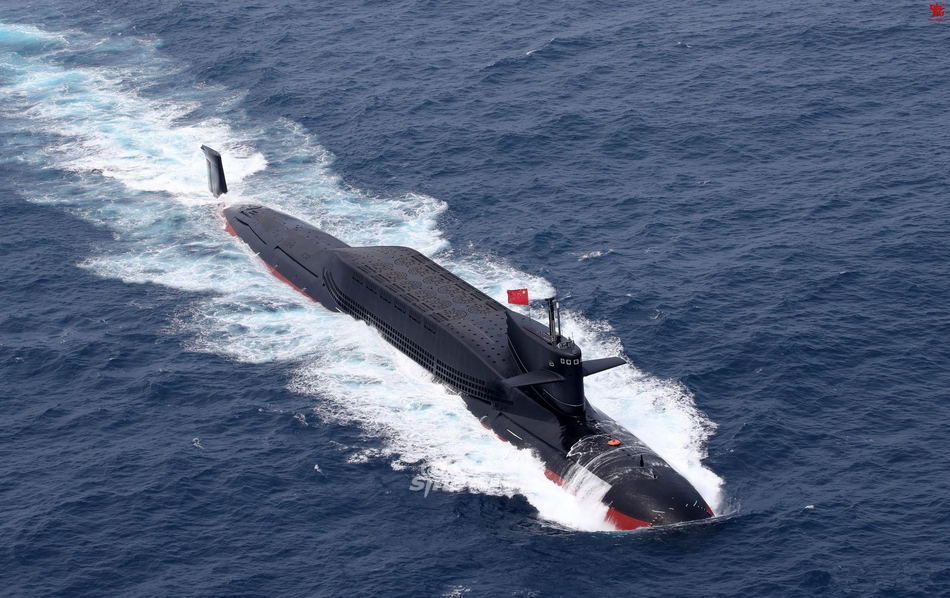 A Chinese next-generation submarine-launched ballistic missile (JL-3) was reportedly successfully test-fired on Sunday – the same day the defense minister vowed to “fight to the end” if challenged by the US.

The solid fuel SLBM, which is expected to enter service next year, has a range of up to 14,000km (8,700 miles) and is equipped with 10 independent guided nuclear warheads.

The test comes amid unprecedented tensions in the Indo-Pacific as Washington continues to challenge China’s growing influence in the region with constant ‘freedom of navigation’ sails across the Taiwan Strait and in the disputed waters of the South China Sea.

“If anyone dares to split Taiwan from China, the Chinese military has no choice but to fight at all costs,” Chinese Defense Minister Wei Fenghe warned on Sunday. If the US chooses to fight, whether economically or militarily, China will “fight to the end,” Wei said. 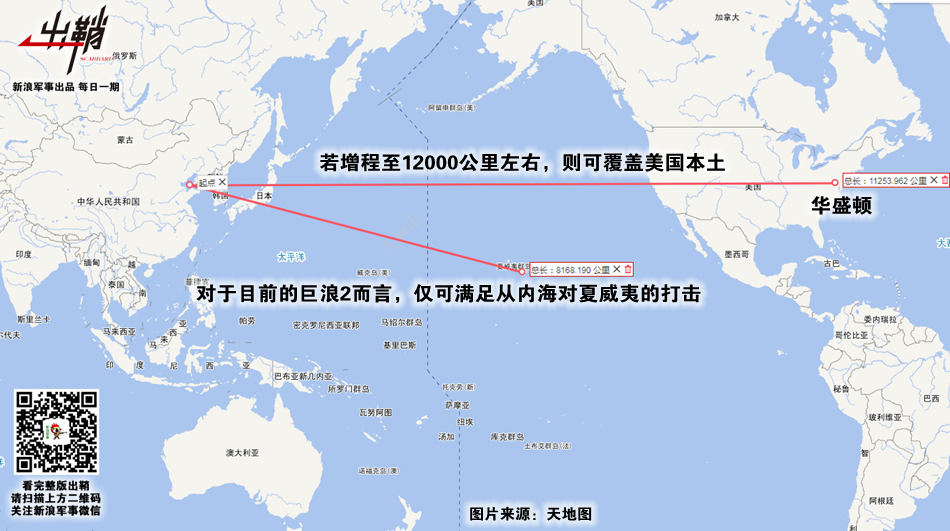 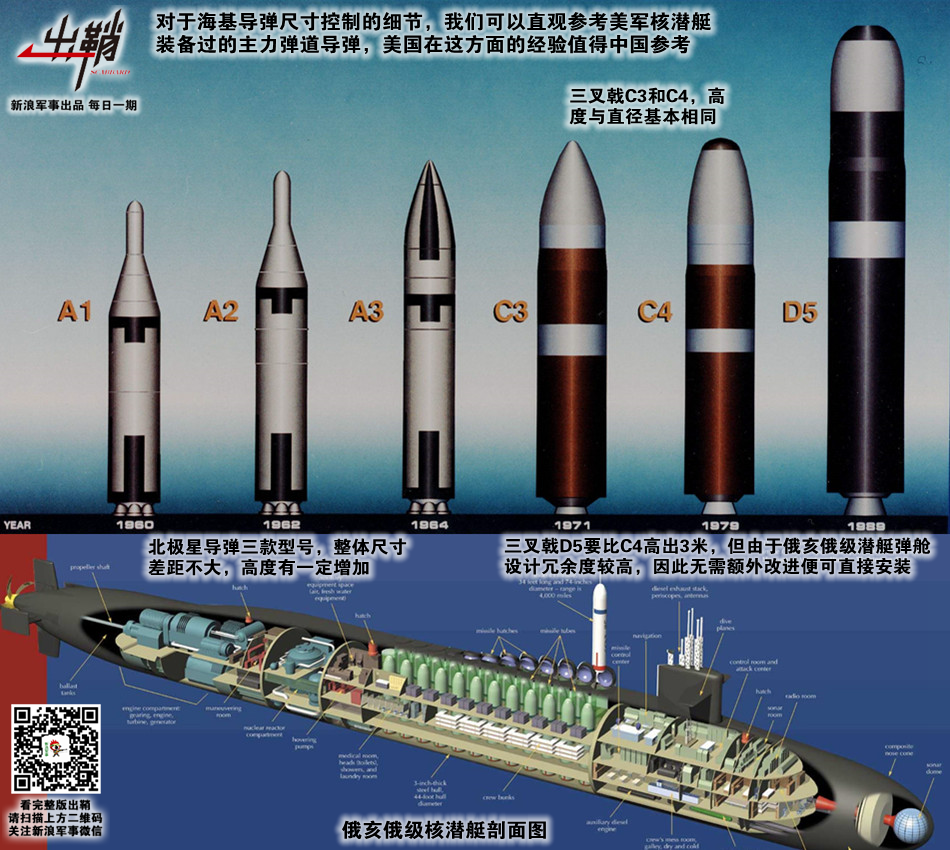 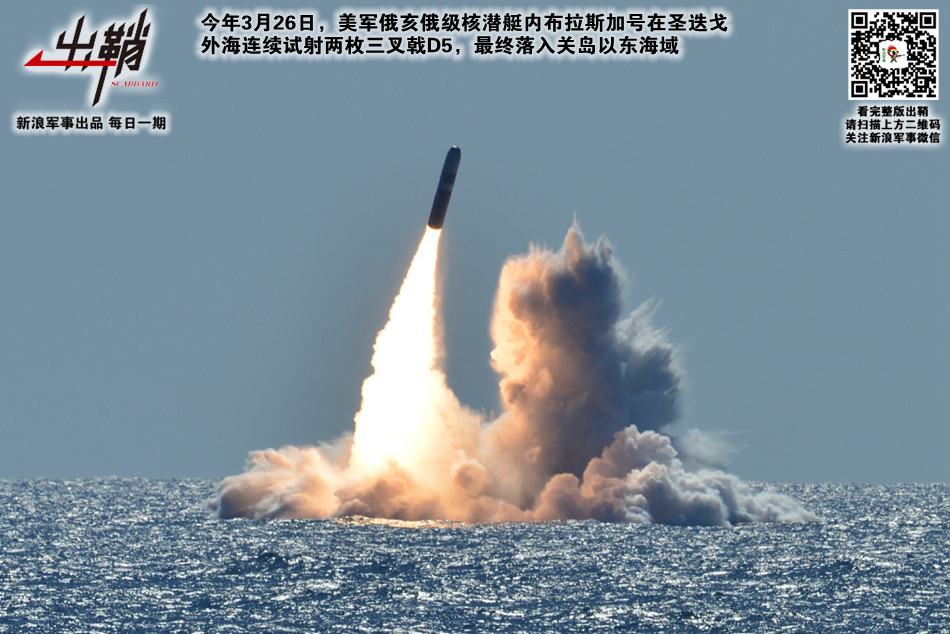 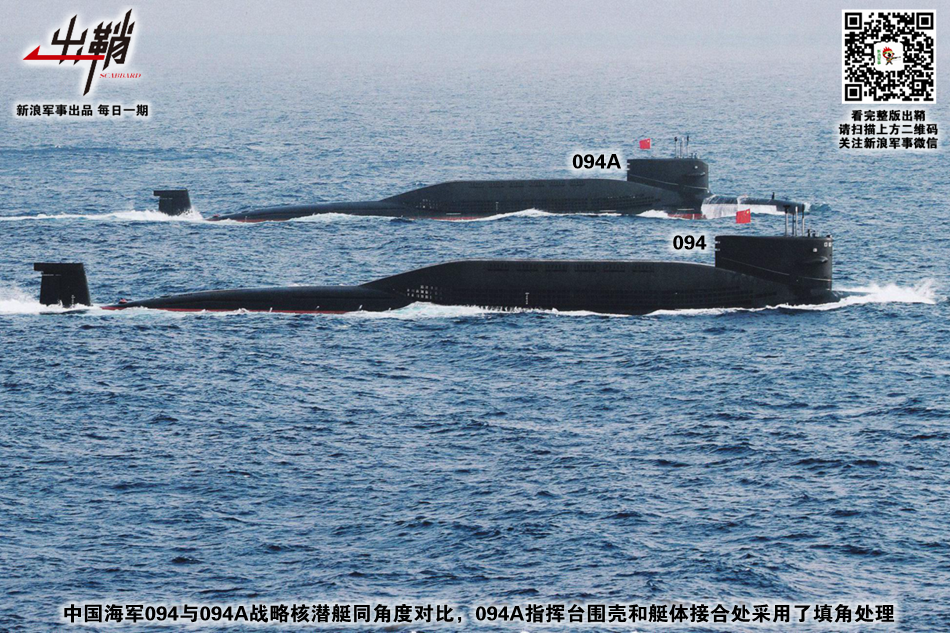 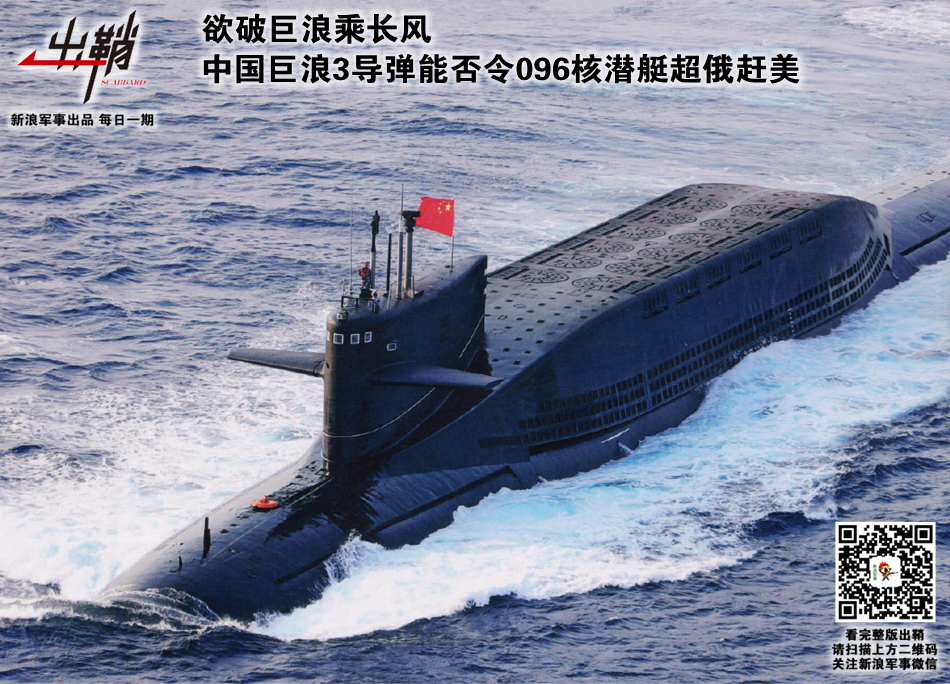 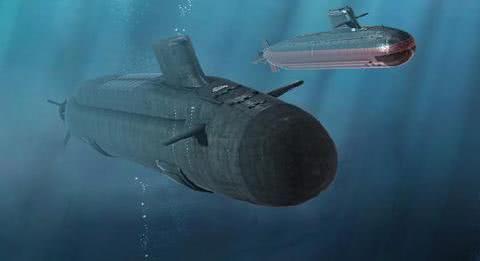 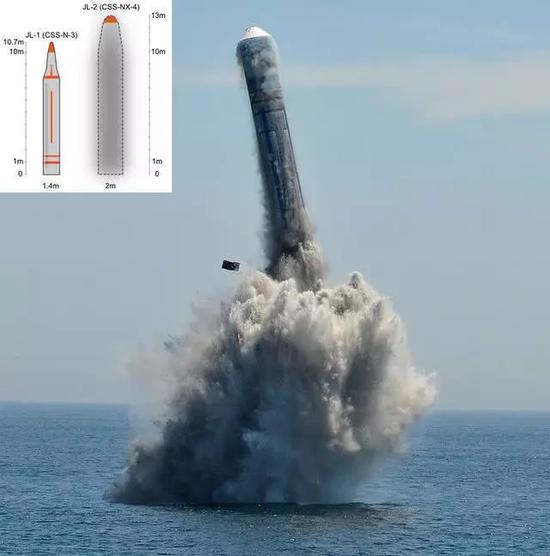 Bruce Xia, Avionics noob, from China, I know everything about weapons
Answered Aug 6, 2016

All current other answers are not very accurate and lack detailed analysis.

Things you need to know:

China needs nukes, at least 2500 nukes. (I will explain later)
Nukes are very easy to build if you know how to enrich Uranium (China knows it since 1960s). You can find the procedure in high school physics book.
But nukes do not fly, you cannot throw a nuke from China to US by hand. They are carried by Intercontinental Ballistic Missiles(ICBM) or strategic bomber(a little bit outdated). Both of them are rather tricky to build :D. (I will provide more details later)
Yes China has more than enough money.
You can get filthy rich overnight, but engineering takes time.
Russia cannot afford to maintain so many nukes and their inventory has been rapidly decreasing since 1991. This makes the world more and more dangerous.(keep reading)
A nuclear power unbalanced world is dangerous since the Big Bro can do anything he wants and other nations cannot effectively defend themselves.
Russia’s nuclear power is still quite significant today but it will be outmatched by US at around 2040, given its current economy tendency.
So China has to take Russia’s position before that time to keep this world balanced.
China builds nuclear weapons to keep this world safe.

How to prevent a thermonuclear war?

Answer: “Mutual assured destruction”, that is, both sides are able to completely destroy the opposite side but cannot defend themselves from being destroyed. This is the only way to ensure nukes are not used. It is ensured by InterContinental Ballistic Missiles(ICBM). 5 most advanced Land-based (land-based ICBMs are always much more powerful than sea-based ones in the same generation) ICBMs are: SS-18, SS-27 from Russia, DF-31, DF-41 from China, LGM-30 Minuteman from United States. There won’t be any significant new ones in the foreseeable future unless India is preparing a surprise for us. They all have global coverage (except DF-31, which cannot cover the entire US east coast), capable of multiple independently targetable reentry vehicle(MIRV) delivery and rapid launch (less than 30 minutes). Although the old DF-5 also covers the entire United States, it is actually pretty useless. It is liquid-fuel powered. Liquid fuel and missiles are stored separately. So it takes 60 minutes to fuel and another 30 minutes to launch. TOO LONG because there is simply no home to fight for after 90 minutes. United States has over 450 LGM-30s(entered service in 1970s). Although DF-41(entered service in 2016) is the most advanced land based ICBM in the world, China has only less than 40 of it, but she will have enough by 2030. With 3-10 warheads on each missile, at least 300 missiles are required to take out 90% population of United States because Americans have a pretty good National Missile Defense(NMD) system that can intercept (estimate) 75% of incoming war heads.

What if the other side strikes first?

United States can still count on their LGM-30s (and all sea-based missiles of course) due to their space-based infrared system (SBIRS) which is intended to replace (actually based on) the old Defense Support Program (DSP). It can detect a ballistic missile launch anywhere on this planet within 30 seconds. SBIRS currently has 8 satellites (last one launched in 2014) but I think there should be 2 more.

China does not have this luxury. So we have to assume all land-based nuclear missiles (except some vehicle-based version) will be lost in the worst case. So China has to have sufficient Second-Strike Capability to prevent United States from trying to do pre-emptive nuclear strike. Second-Strike Capability is ensured by Submarine-launched ballistic missiles(SLBM). China’s current 093 and 094 subs have nice specifications on paper, but too noisy. They constantly get detected and followed by Japanese anti-submarine aircrafts.Fortunately the 096 subs are already in testing and will be at least as good as Ohio class. 096 carries 24 JL-3 SLBMs (will enter service in 2020) which will be at least as good as UGM-133 Trident II (entered service in 1990s, currently the most advanced SLBM in the world).

US does not have any plan to replace UGM-133 Trident II and LGM-30s in the next 20 years. Columbia-class submarine, the replacement for the Ohio class will not touch water before 2030 and expected to serve until 2085. But it is irrelevant since China cannot sufficiently detect Ohio class anyway.

So “Mutual assured destruction” can (hopefully) be achieved between US and China by 2030. Problem solved!

Hopefully this explains every statement above.

Strategic weapons are not built to use, but built not to use.

This is my first answer on Quora, hopefully my English is good enough :D The new Type 096 are rumored to be able to carry 24 SLBMs, compared to the 12 of the existing Type 094 Jin class SSBN. The new class is also rumored to feature a regular shape hull similar to modern western SSBN designs. (The two previous classes of Chinese SSBNs feature a hump which is used to host the balistic missiles).

The new Type 096 will complement the existing Type 094 Jin class SSBN. The PLAN has 3 Jin class submarines in its fleet. The first-of-class was constructed at Huludao Shipyard in Huludao, Liaoning and launched in July 2004. Type 094s may deploy up to 12 JL-2.

JL-2 are Chinese second-generation intercontinental-range submarine-launched ballistic missile (SLBM) with a two-stage, solid–liquid-fuelled propulsion design. The missiles are thought to be able to deliver nuclear payloads (multiple warheads) between ranges of 8,000 and 14,000 km. JL-2’s design is based on the mobile land-based DF-31 ballistic missile. Its development started in the early nineties. Chinese Navy Type 032 test submarine was used development and trials of the JL-2. JL-2 is now fully deployed onboard Type 094, will be deployed onboard the future chinese SSBN (Type 096). 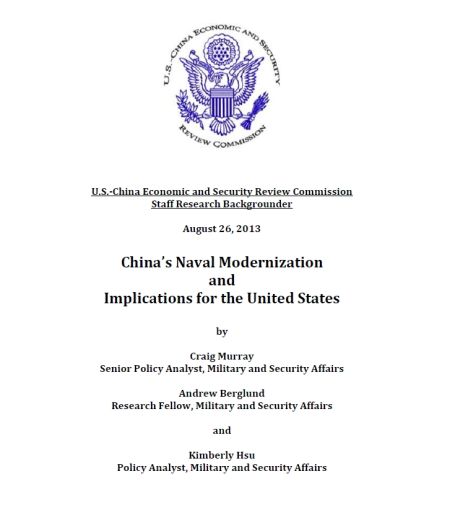