November 10, 2012 MENAFN – With increase in the wages of private drivers and the virtual absence of public transport services, people in the Kingdom are opting for cheap cars. When it comes to choosing private vehicles, Chinese cars have become all the rage because of their cost. Sales of Chinese cars have been increasing rapidly in Saudi Arabia.

The increasing demand for Chinese cars in the Kingdom is due to their competitive prices and wide availability of spare parts. These cars are especially popular among expatriates.

Rafeeque Mirza, who owns a second-hand Geely, believes that owning a Chinese car in a country like Saudi Arabia is not only cost effective but also extremely fuel efficient.

“Before I bought the Geely, I used to drive a Honda Accord,” says Mirza. “The reason I went Chinese is because their spare parts are cheaper and these cars are relatively fuel efficient.”

China’s exports of Geely and Chery cars to the Kingdom have increased over the years, even though their own automobile market is experiencing a slowdown. Customers say they would rather go for economical and good-looking cars than luxury or powerful ones.

“Chinese cars are a lot more efficient and worth the cost,” says Abdullah Mohtadi, another owner of a Geely Emgrand. “I opt for Chinese cars because I want something comfortable enough to take me to places. They are cheap and easy to maintain,” says Mohtadi.

Increasing sales of Chinese cars has posed a challenge to foreign car companies such as Toyota, Citroen, General Motors and Fiat.

“In the segments affected by those imports, the volumes sold by the Chinese OEMs have dented the market share of the “usual” foreign car companies traditionally present in those segments, i.e. mostly Japanese and Korean brands,” says Didier J. Vigouroux, vice president ” automotive at National Industrial Clusters Development Program.

“In these segments, the new presence of a potentially valid Chinese alternative to the usual market players is starting to create significant price tensions in the existing lower-cost offerings,” says Vigouroux.

According to Vigoroux, the impact of the arrival of Chinese cars in Saudi Arabia is still rather limited due to several reasons.

“The volumes of Chinese cars being imported into KSA are still relatively modest, although they do tend to steadily increase,” says Vigouroux. “Consequently, it is not yet very visible, except in certain specific segments such as the light pickups, in which companies like Great Wall have already gained some substantial market presence. Certain other market segments, which were not part of the ones targeted as priority by the Chinese, have not been affected at all. Yet it will eventually happen.”

“First, in today’s international economic environment, any future Saudi automotive industry will have to be price-competitive against other comparable imported alternatives, since direct protectionism of local industries (via import tariffs or others) is no more allowed by the WTO, which the Kingdom is an active member of,” says Vigouroux, about Saudi Arabia creating its own automotive industry.

“In order to achieve this competitiveness, the Kingdom, in addition to utilizing some of its inherent advantages such as low-cost energy or inexpensive raw materials, will need to resort to the most recent technologies and the best global practices of world-class companies to ensure maximum efficiency.

“In turn, the creation of a local competitive automotive industry, will help diversify the Kingdom’s export portfolio (away from oil & gas) and, by its very nature, will generate, with time, a very significant number of new job opportunities for young Saudis coming out of technical schools, colleges and universities within the entire automotive value chain, i.e. with the vehicle assemblers as well as with the automotive parts suppliers and all the associated services,” says Vigouroux.

GAC Trumpche to be produced in Iran, Russia 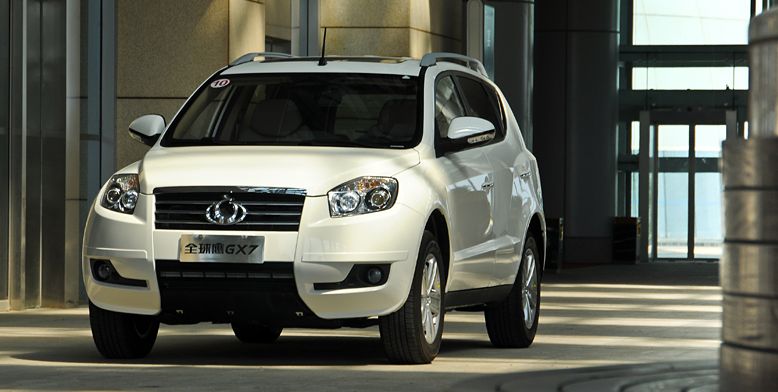 Gasgoo.com (Shanghai November 8) – Geely has exported a total of 80,000 vehicles from January to October, the Beijing Times reported today. The figure, which is almost triple the amount Geely exported a year ago, signifies that the manufacturer has already fulfilled its export goal for the year two months ahead of schedule.

Geely originally announced an export goal of 600,000 units for this year. However, due to foreign interest in its new models, Geely’s exports far exceeded its expectations. As a result, the manufacturer revised its 2012 export goal to 800,000 units a few months later.

According to Geely Holding Group Vice President and Geely International General Manager Zhang Lin, the manufacturer’s total exports have jumped from just 18,000 units in 2009 to 38,000 last year. Geely models are sold in over 30 countries and regions worldwide.

In order to decrease costs and improve the marketability of its models, Geely has embarked on several ambitious localization projects. The manufacturer has already worked with local enterprises to establish knockdown factories in Egypt, Uruguay, Russia, Ethiopia, Ukraine, Iraq and Sri Lanka, as well as other nations.

Vote Up0Vote Down
« PLA random pictures around 2012.11
WordPress: How to disable Pingback & Trackback »