The world’s longest bridge over sea water has opened in opened to general traffic on in China’s eastern coastal city of Qingdao. Jiaozhou Bay is located on the southern coast of the Shandong Peninsula in East China. It separates Huangdao District from Qingdao City and borders on two other cities, Jiaozhou and Jiaonan. The Qingdao Haiwan Bridge, with a total length of 42.4 kilometres would easily cross the English Channel and is almost three miles longer than the previous record-holder, the Lake Pontchartrain Causeway in the American state of Louisiana. Built in just four years at a cost of 55.5 billion pounds, the sheer scale of the bridge reveals the advances made by Chinese engineers in recent years.

The marathon-length Qingdao Haiwan Bridge would easily span the English Channel and is almost three miles longer than the previous record-holder, the Lake Pontchartrain Causeway in the American state of Louisiana.

The vast structure links the centre of the booming port city of Qingdao in eastern China’s Shandong Province with the suburb of Huangdao, spanning the wide blue waters of Jiaozhou Bay.

The bridge is expected to carry over 30,000 cars a day and will cut the commute between the city of Qingdao and the sprawling suburb of Huangdao by between 20 and 30 minutes.

The sheer scale of the bridge reveals further recent advances made by Chinese engineering.

China is already home to seven of the world’s 10 lengthiest bridges, including the world’s longest, the 102-mile Danyang-Kunshan rail bridge, which runs over land and water near Shanghai.

The great Siduhe Bridge in China's Hubei. It's like a sky bridge over the clouds and has lifted the local people out of the mountain and poverty. pic.twitter.com/XALCPlgfNs 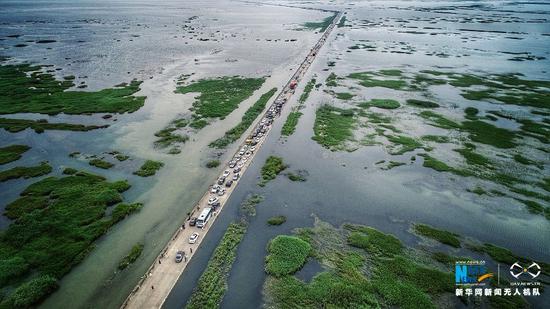 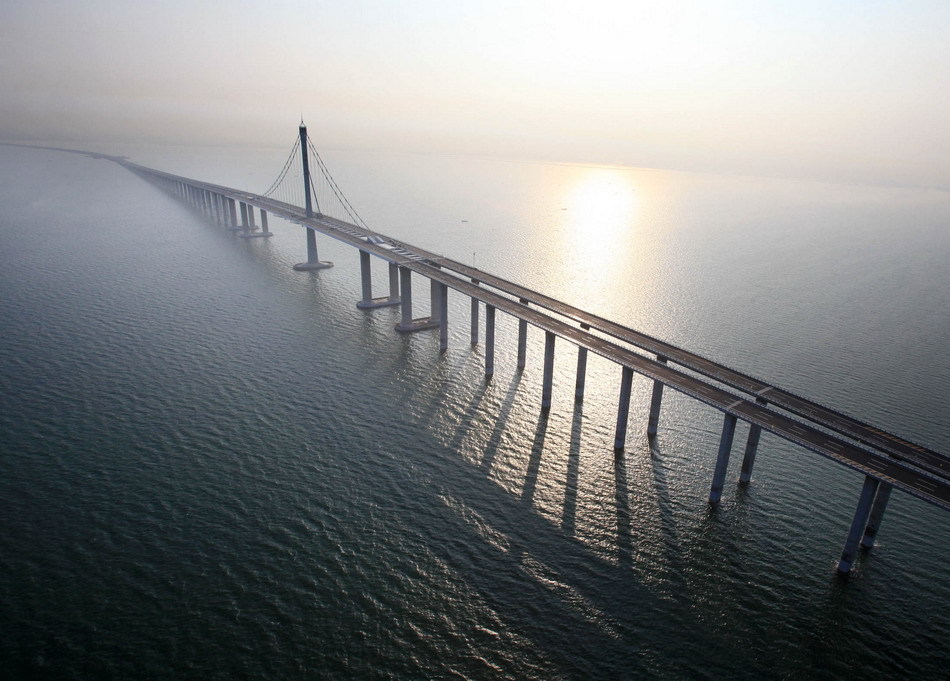 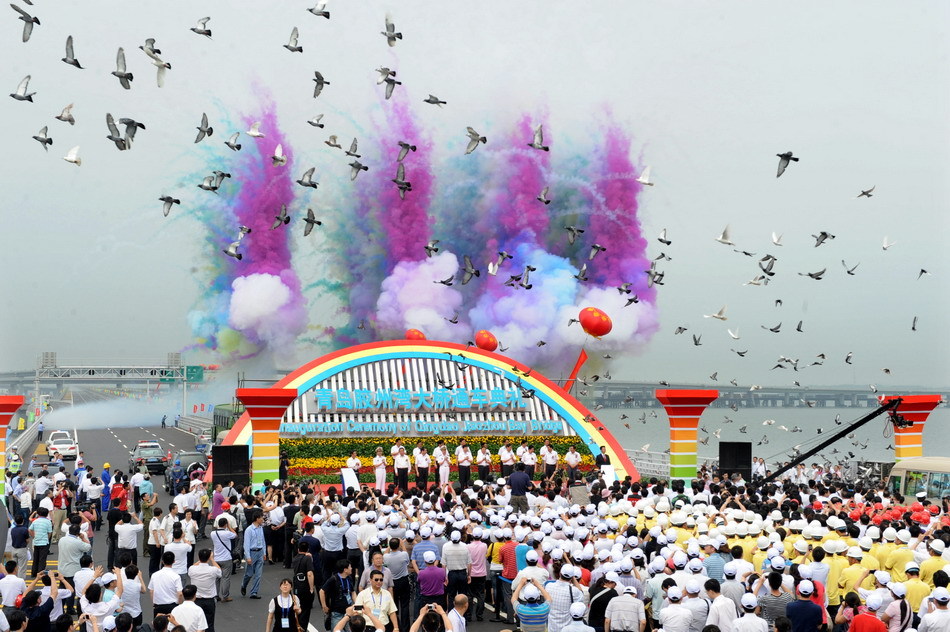 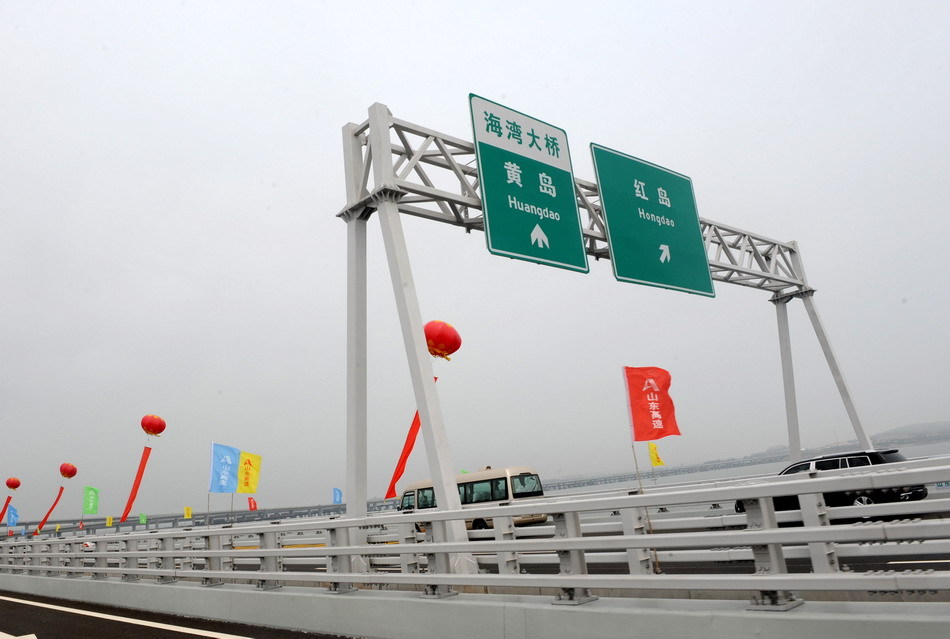 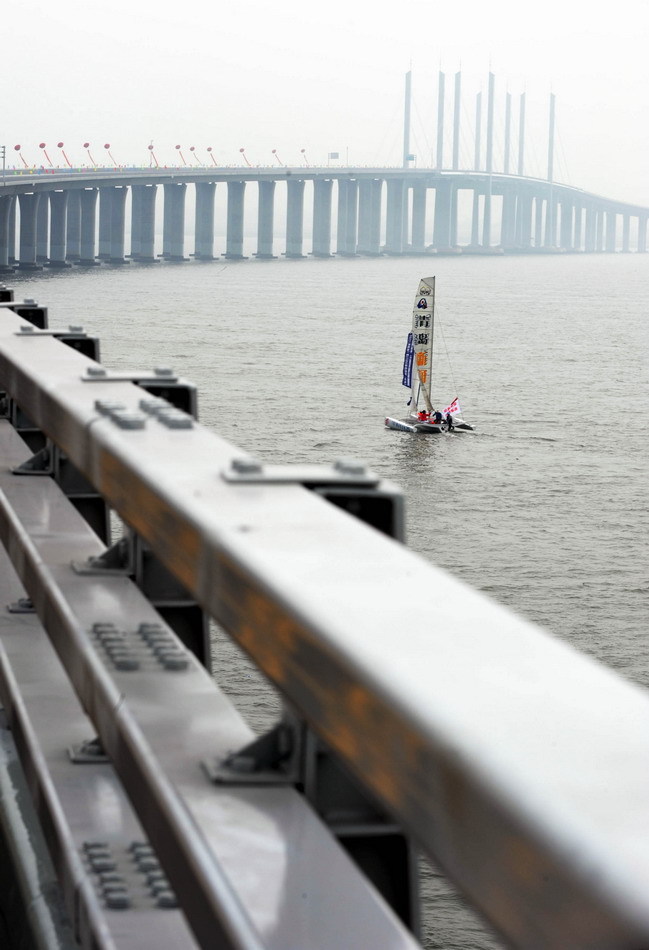 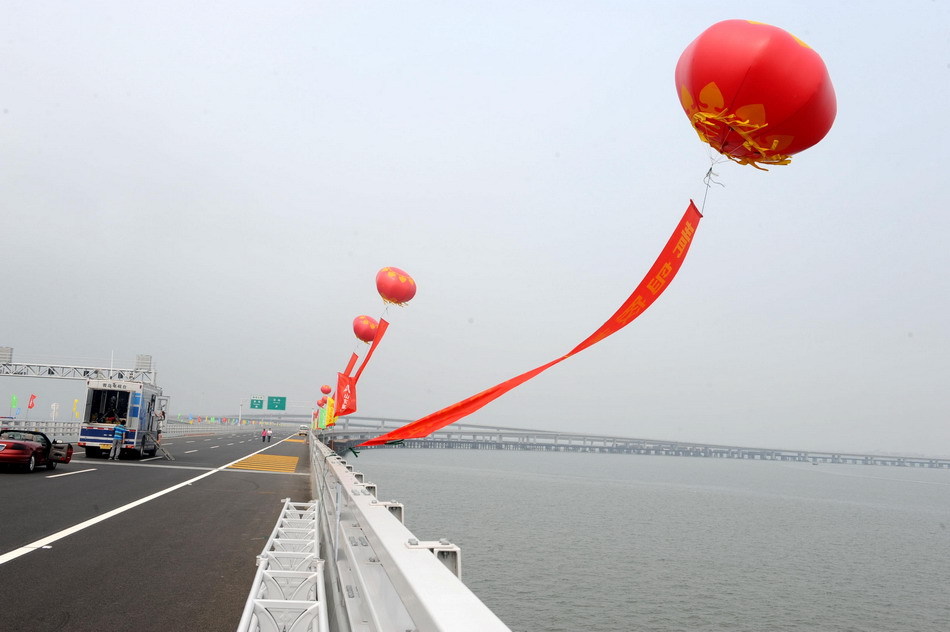 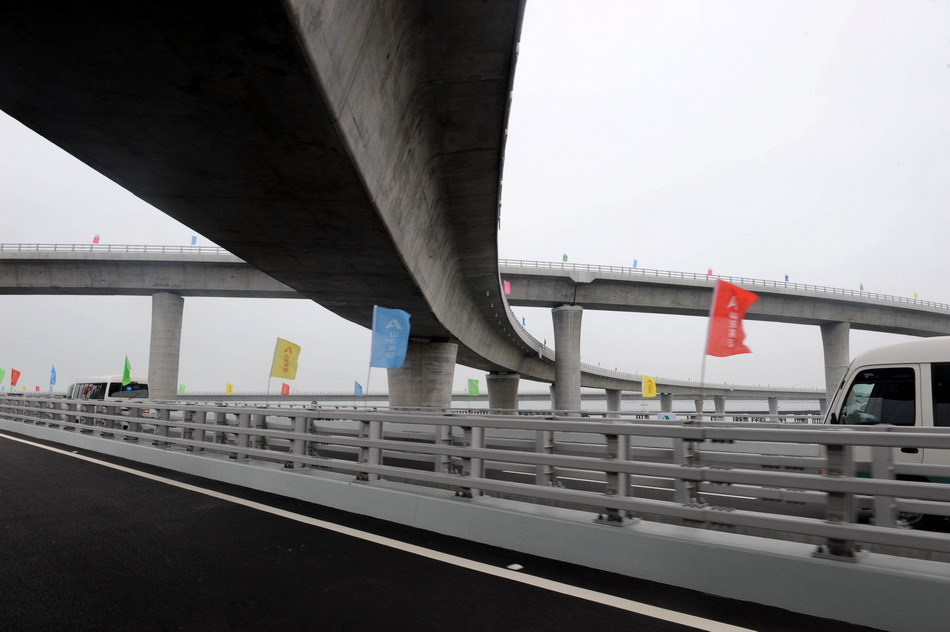 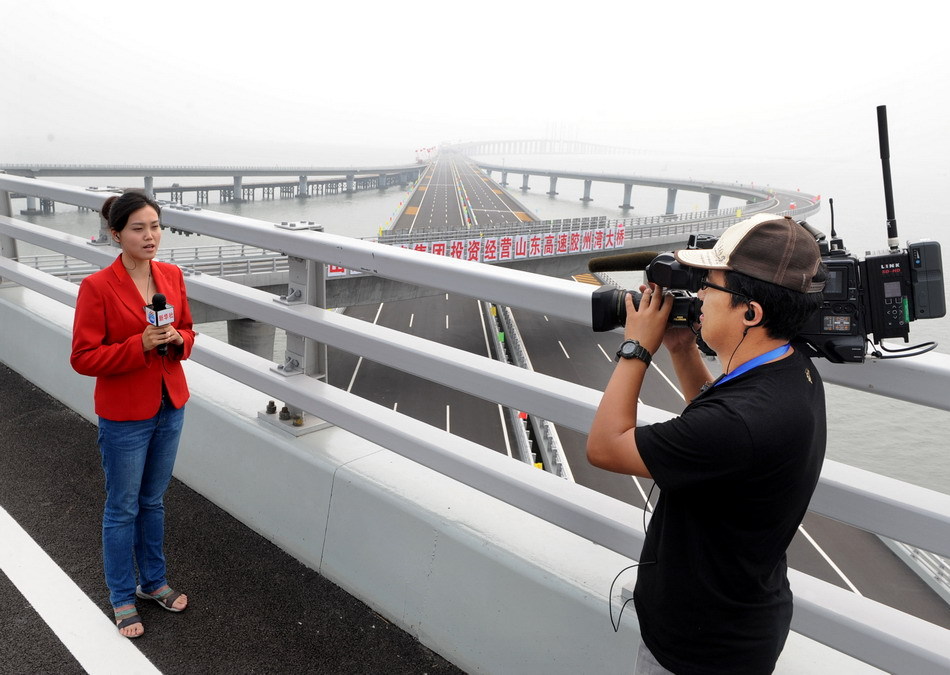 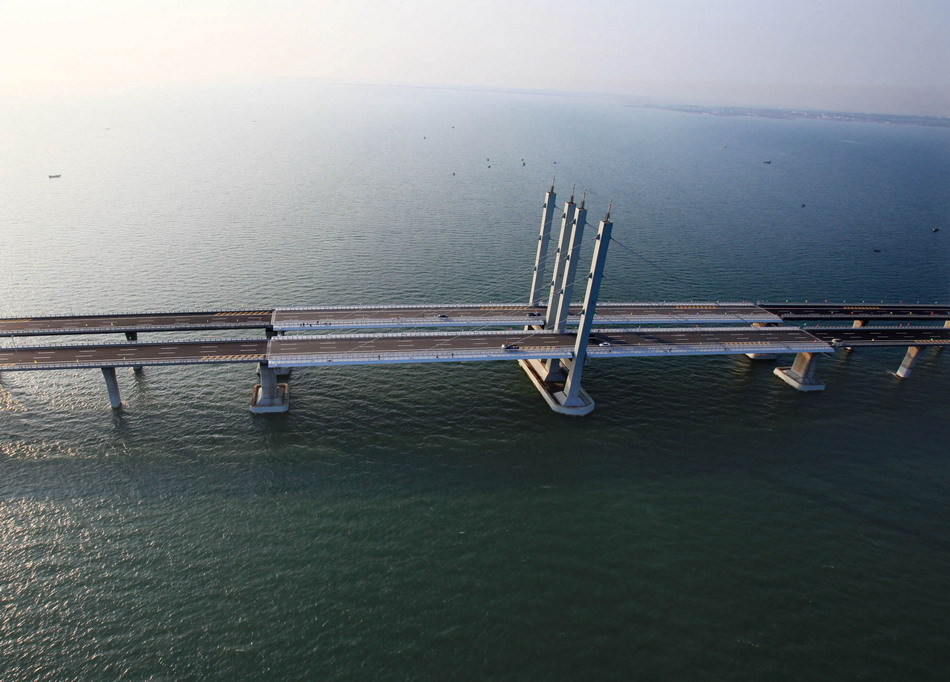