MG Rover was the last domestically owned mass-production car manufacturer in the British motor industry. The company was formed when BMW sold the car-making and engine manufacturing assets of the original Rover Group to the Phoenix Consortium in 2000.

If I asked you who SAIC were, would you know? OK, regulars will of course know, but for those who don’t, SAIC (Shanghai Automotive Industry Corporation) is the parent company of MG Motor UK and is based (as the name suggests) in Shanghai, China and is the largest car manufacturer in China, the largest automotive market in the world. They sold 3.58 million vehicles in 2010, 160,000 of them being MG or Roewe models, a huge increase up from 90,000 the year before.

To put this in context, Ford sold 1.9 million vehicles in North America in the same period, with GM selling 2.9m vehicles. The 160,000 vehicles of they sold of their own brands, MG and Roewe sold more in China than Honda and Toyota in the UK in 2010, combined and 40,000 more than MG Rover Group sold in 2004.

The Chinese market is made up of a lot of Joint Ventures (JVs) with the western players having very often more than one Chinese partner for different models. SAIC has JVs with VW and GM and have the relatively rare position in China of being GM’s only Chinese partner and in 2010 had the first and third biggest JVs in China.

All of SAIC’s models for MG and Roewe are designed and engineered at their global design HQ at the Birmingham Plant. There are over 300 engineers employed by SAIC, the vast majority of the based at Birmingham, with some out in China as well.

During the World Expo in 2010, SAIC supplied over 1000 hybrid versions of the Roewe 550 and 750 vehicles, comprising of All Electric, Hybrid and Fuel Cell versions. Think about this, when most manufacturers supply cars to exhibitions for service cars (i.e. running people around), they may supply a hundred or so demonstrators amongst the fleet they supply – but SAIC supplied over 1000 fully working hybrid cars demonstrating a wide range of alternative fuel technologies.

None of these have been confirmed for the UK yet, but its only a matter of time before MG Motors gets in on the Hybrid act, obviously after production has ramped up at the Birmingham plant – after all, they need to start producing normally powered cars first, before hybrids.

But the point is, hybrid, electric and fuel cells are all technologies of the future, clearly. With the huge Industrial might of SAIC behind MG and MG Motor UK, MG could well be one of the leading players in alternative fuel vehicles in the next 5-10 years.

2011 is going to be a great year for SAIC, MG and MG Motor UK. The promise for the future is blatantly obvious too. Never has MG and by extension, Longbridge been so comprehensively backed. SAIC so far has invested �45m of capital in the UK following the purchase of the assets from NAC, plus the overhead of running the Longbridge facility, plus the cost of the 400 strong work force at Birmingham, plus the �100s of millions required to engineer and develop a family of all new vehicles for China, UK and indeed worldwide.

Yes production in the UK has been perhaps a bit slow to get going, but 2011 will mark the start of serious production at Longbridge. Not stop-start splurges of 100 cars here, 100 cars there, but pretty much continual production. Yes, again, critics will point and laugh at the 2,000 sales target for the first 12 months, but this is only the start. The MG6 fastback will be joined with the Saloon model later this year, with the Diesel option coming online in 2012. We then have a further 2 models, as yet unrevealed which will come online afterwards. Probably MG3 and MG Zero, which although not confirmed for UK production at Longbridge, you’ve got say its likely, otherwise why bother to invest all the money to get the lines started again for MG6.

MG is just at the beginning of its relaunch into the UK with MG6, backed by the largest car manufacturer in the largest automotive market in what within the next decade is likely to be the world’s largest economy, even the most cynical people out there have to agree, the future for the MG brand we care for so passionately, really does look very good indeed. 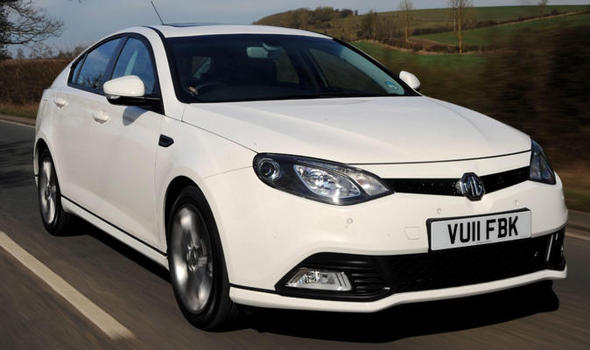