Coming or going, Meghan gets the blame — and it’s because of her race

Coming or going, Meghan gets the blame — and it’s because of her race

From the moment Prince Harry and Meghan Markle made their relationship known to the public in 2016, the message many Britons sent to her was clear:

You aren’t one of us, and you aren’t welcome.

Meghan, a biracial, divorced American actress, was far from what many envisioned as a fairy-tale match for a beloved member of the British royal family. While many in the UK welcomed her, the British tabloid media and a large swath of the Twitterverse were not kind.

It became so bad that Kensington Palace released a statement scolding the press about its treatment of her.

Now the Duke and Duchess of Sussex, as Harry and Meghan are formally known, are drawing fire again. The couple’s announcement that they’re distancing themselves from the royal family has been met with shock and anger by many in England and beyond.

Suddenly, the message for Meghan has changed from “Why are you here?” to “Where do you think you’re going?”

And again, some observers think racism is partly to blame. 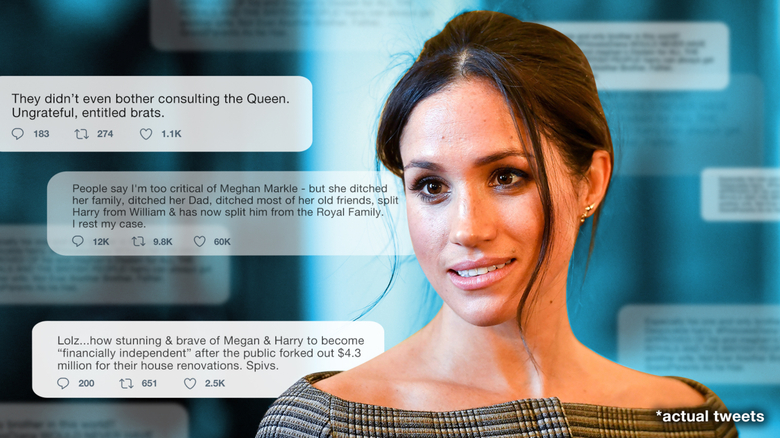