Rising public awareness about the hazards of smoking, coupled with the growing regulation to ban smoking in public places, is opening up an opportunity for Chinese electronic cigarette makers in the world’s biggest tobacco market.

Invented by a Beijing pharmacist Han Li in 2003, e-cigs are battery-powered devices designed to simulate traditional cigarettes, though it does not contain tobacco nor work in a combustive way, but rather uses electricity to heat an atomizer to vaporize liquid that contains flavor and nicotine, which is inhaled by the user. The process of consuming that liquid is also called vaping, due to the vapor factor.

E-cig is a relatively new industry and is not yet very popular in China, but the market potential is huge. According to data compiled by China’s State Tobacco Monopoly Administration (also corporatized as China Tobacco), China has 315 million smokers as of December 31, 2018, who consume approximately 45 percent of the world’s regular cigarettes. If 1% of China’s smoking population turned to e-cigs, it would mean a market of 3.5 million users.

Even Xing Chenyue, the leader scientist behind North America’s favorite vaping device, Juul, is launching her own e-cig brand in China.

Although Ruyan has become history, Hon Lik has become obscurity, but we should not forget the contribution of Hon Lik to the development of electronic cigarette. Maybe, as Hon Lik taunted himself – maybe in 20 or 30 years I’ll be very famous, let’s look forward to it.

In 2002, Hon Lik began to develop new smoking cessation products. He has worked in the Liaoning Institute of traditional Chinese medicine for ten years, providing him with the foundation of research and development. Hon Lik’s idea is that smoking addiction is caused by nicotine, but burning products such as tar are the most harmful to human body. If only nicotine is retained after removing these harmful substances, the harm of smoking will be greatly reduced. After countless experiments, Hon Li’s electronic cigarette was born. 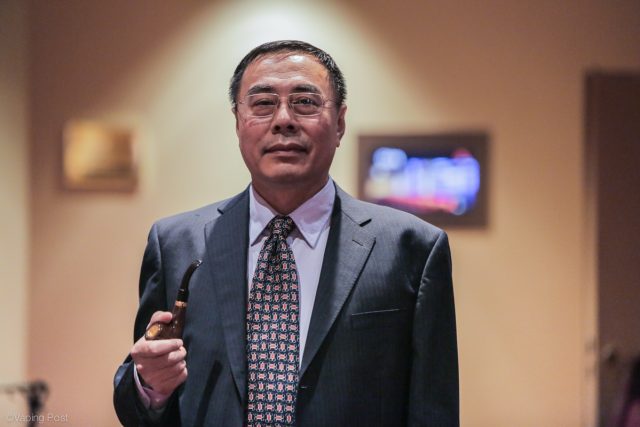 In March 2003, Hon Lik registered the patent of related electronic cigarette products in his own name.

In May 2004, industrial production began.

In December 2006, Ryuyan Group, through signing a memorandum of understanding, purchased electronic cigarette business from Hon Lik, one of its shareholders. In November 2007, Gold Dragon Group announced that it was renamed Ruyan Group. At one time, its share price was as high as HK$116 and its market value was nearly HK$120 billion. At the same time, Ruyan products exported to Europe and the United States, popular abroad.

Hon Lik, born in 1956, is a pharmacist and engaged in medical research. He is currently working as a consultant for Fontem Ventures, a subsidiary of Imperial Tobacco. He worked in the Institute of traditional Chinese medicine and founded the JinLong Biological Science and Technology Co., Ltd.

In 1974, Hon Lik became an educated youth in the countryside and began smoking to relieve loneliness away from his family. Like many smokers, Hon Li’s addiction to cigarettes is increasing, and he can smoke two or three packs of cigarettes a day at most when he is under great pressure after work. Later, Hon Lik’s father suffered from lung cancer from smoking all the year round, which made him decide to quit smoking. Hon Lik initially tried nicotine patches, but they didn’t work. Sometimes he forget to remove the patch, and Hon lik had nightmares all night.

In the 80s of last century, Hon Lik worked at the Liaoning Institute of traditional Chinese medicine for medical research.

In the 90s of last century, Hon Lik left the Institute of traditional Chinese medicine and founded the Biotechnology Co., Ltd.

In 2001, JinLong Technology Company Limited was listed on the Hong Kong Stock Exchange under the name of “Golden Dragon Group” and its main business was pharmaceutical research and development. 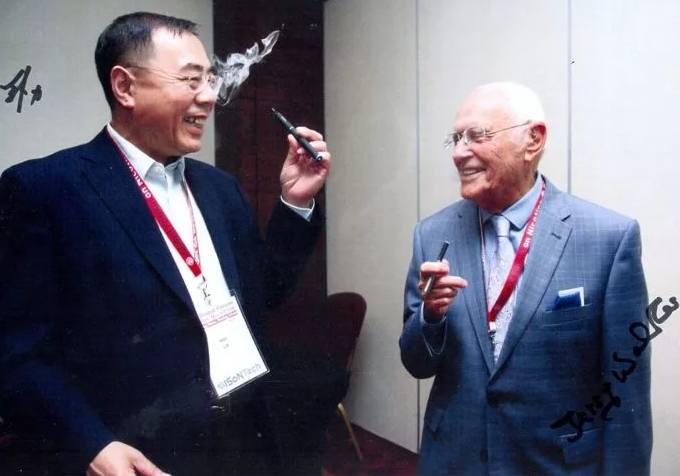