Musical.ly users opened their phones to a surprise today as they found the app replaced with a new logo and name: TikTok. The app was acquired by Chinese company ByteDance in November 2017, which absorbed Musical.ly into its own TikTok app this morning. Existing Musical.ly users have been migrated over to their new TikTok accounts, which have been updated with a new interface but still retains the core feature of both apps: short-form videos up to 15 seconds.

Teen karaoke app Musical.ly, which had just reached a milestone of 100 million monthly active users, is part of ByteDance’s larger strategy to break into the US market. In the first quarter of 2018, TikTok was the world’s most downloaded iOS app, according to a report from US research firm Sensor Tower.

TikTok will remain a standalone app in China, where it operates as Douyin and boasts over 300 million monthly active users. You might have even seen Douyin clips floating around before: maybe in the form of the “Karma’s a bitch” makeover meme that went viral earlier this year, or news of Peppa Pig getting banned from the platform due to her status as a “subversive gangster icon.” 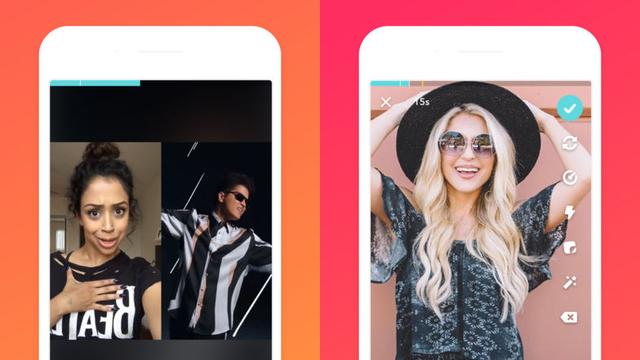 Driven by a passion to connect people with information, Yiming Zhang founded Bytedance in 2012. With a natural instinct for new technologies and social trends, Yiming saw an opportunity to combine the power of artificial intelligence with the growth of mobile internet to revolutionize the way people consume and receive information. This made Bytedance one of the first companies to launch mobile-first products powered by machine learning technology.

Our vision is to build highly inclusive and diverse platforms – we aim to not just deliver information but serve as a creative hub, hosting and nurturing creators. This belief guides our strategy in product development. Alongside our flagship product Toutiao, the largest content discovery and creation platform in China, we have also developed a diverse portfolio of products that are popular around the world, most notably musical.ly and TopBuzz.