MAINZ, Germany — The China under-20 team walked off in protest during its friendly against a German fourth-tier side on Saturday after a small group of fans held up Tibetan flags.

The game at TSV Schott Mainz was delayed for about 25 minutes and resumed once the protestors were convinced by stewards to remove their flags.

The game was the first friendly for China’s under-20 team against sides from the southwest division in the fourth tier of Germany’s league system.

The German soccer federation invited the Chinese to compete within the structure of the league to fill free match-days due to an uneven number of teams competing. The friendlies do not count toward the league’s final outcome but each of the 19 clubs was offered about 15,000 euros ($17,700) in compensation for two home games each against the Chinese side. 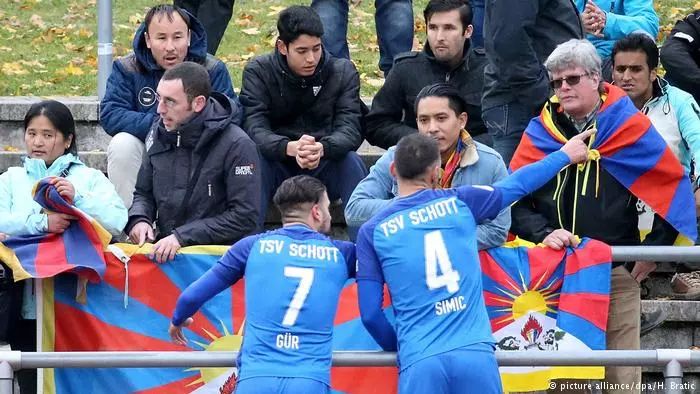