Gree Electric Appliances Inc. of Zhuhai was founded in 1991. It is the world’s largest specialized air conditioning enterprise which has integrated R&D, manufacturing, marketing and service.

In 2012, Gree became the first listed electrical appliances enterprise in China with sales revenue over 16 billion USD. In 2013, sales revenue exceeded 19 billion USD. Gree has been ranked on the Fortune Magazine as one of the Top 100 Chinese listed companies for 12 consecutive years. Gree is the only manufacturer in Chinese air conditioning industry that is honored as “World Brand”.

Gree products are sold widely in more than 200 countries and regions, while Gree own brand air conditioners are sold in over 100 countries and regions. Today Gree’s annual production capacity of RAC and CAC are more than 60 million sets and 5.5 million sets respectively. Since 2005, Gree has topped No.1 in production and sales volume for 9 consecutive years, with over 300 million users all across the world.

Gree is committed to providing global users with high-tech and high quality products. Nowdays, Gree has 9 production bases around the world, 7 are located in China, another 2 in Brazil and Pakistan, with more than 70,000 employees including 5000 engineers, 530 laboratories and 2 national R&D centers. Gree has won the bidding for many international projects, including 2008 Beijing Olympic Games, “2010 FIFA World Cup” in South Africa, 2010 Asian Games in Guangzhou and 2014 Winter Olympic Games in Sochi, Russia, which have significantly improved Gree brand awareness throughout the world, leading the revolution from “Made in China” to “Created in China”. 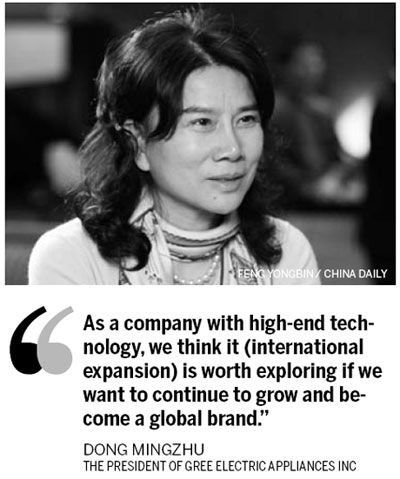