A senior official at auto giant Daimler is in hot water in China after calling all Chinese “bastards” during a racist tirade over a parking place in Beijing on Sunday.

Rainer Gaertner, CEO of the company’s trucks and buses unit, reportedly got it into an argument with another driver after parking in a spot another person was backing into in an up-market complex in the city.

According to QQ News, he got out of his car saying: “I am in China one year already. The first thing I learned here is that all you Chinese are bastards.”

People then approached the executive to confront him, at which point he allegedly pulled out pepper spray and attacked a number of people and injuring one.

dent “is a purely private issue, which has now been resolved in an amicable manner. The details of the resolution are required to remain private and confidential between the participants, and inquiries by the authorities have been closed.”

Without commenting on the details, Daimler said it was damaging to the company’s name.

“Therefore, we have immediately relieved the manager of his position,” it said.

“We sincerely apologize for the concerns raised by this matter and the views that people have felt obliged to express following the reports of this regrettable matter.”

China is one of Daimler’s biggest markets, especially for its Mercedes-Benz cars and trucks. The company’s China sales in the 10 months to end-October accounted for 22.6 percent of its total global figure.

Reports of the incident sparked an angry online response.

It hit the top 10 most discussed topics on popular microblog Sina Weibo by yesterday morning.

Thousands took to the Mercedes-Benz page on Weibo demanding the company apologize.

The Global Times quoted a friend of the person injured in the incident complaining in an online post that:“ This type of foreigner” comes to China to earn money but dislikes their host country.” 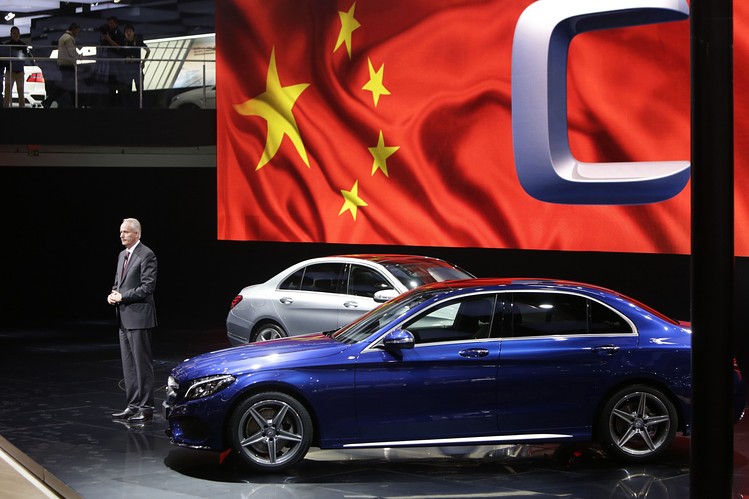