The Xiamen Xiang’an Tunnel is the first subsea tunnel in mainland China. It connects Xiamen Island with Xiang’an District, reducing travel time by road from 90 minutes to nine minutes.

This large-scale project is a dual three-lane road tunnel with a total length of 5.9km, including a 4.2km sea-crossing section. The deepest point is 70m below sea level. The triple-tube tunnel has two vehicular tunnels with a cross-sectional area of 122m2 each, and one smaller diameter service tunnel. A drill and blast method was adopted for tunnel construction.

In June 2004, Arup, in collaboration with China Communications Second Highway Survey Design and Research Institute, was awarded the preliminary and detailed design package for the Xiamen East Corridor including the Xiamen Xiang’an Tunnel following its heavy involvement in the feasibility study, design competition and tender design.

Open to traffic in April 2010, this tunnel will play an important role in the social and economic development of Xiamen City, especially Xiang’an District and the south-eastern region of Fujian Province. 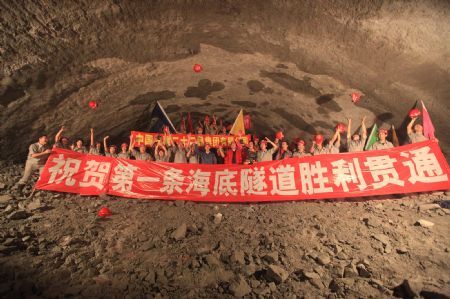