Here you can see just a few of the unsold cars at Sheerness in United Kingdom. You can see this on the Google Maps – just type Sheerness, United Kingdom and look to the west coast, left of A249 Brielle Way.

There are so many places like this one in the world now and they keep on pilling up. 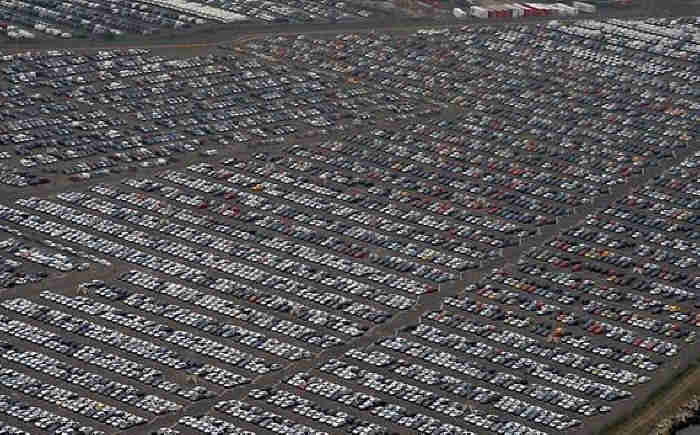 Millions of new unsold cars and just sitting on car parks and runways around the world. They stay there slowly deteriorating without being maintained.

The car companies would never sell all these cars at big reductions in their prices in order to get rid of them, not they want the every dollar still. If they were to price the cars for a few thousand they would sell them, but nobody would then buy any so expensive cars and they would end up unsold. 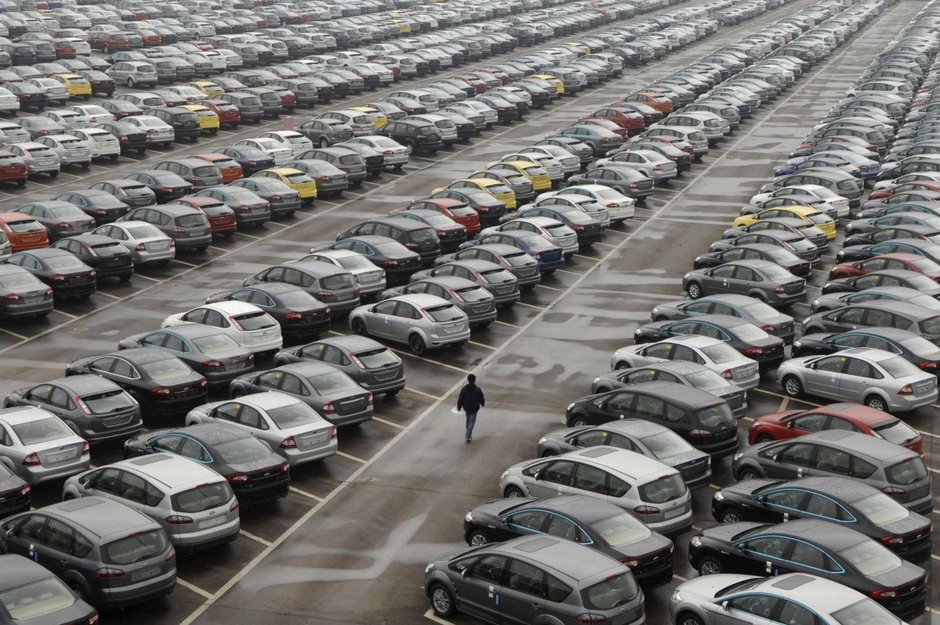