The Netherlands’ home friendly against France was stopped after 14 minutes for a minute’s applause to remember Dutch great Johan Cruyff. 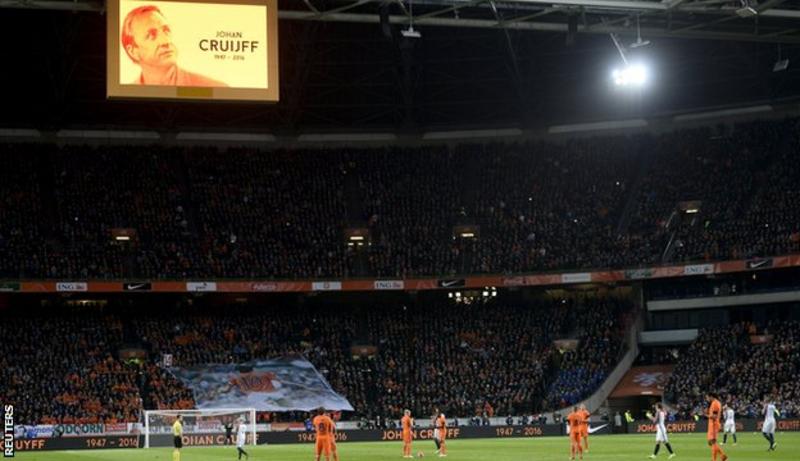 A minute’s silence for the former Dutch captain and coach was planned, but the tribute turned into a standing ovation from fans at the Amsterdam Arena.

Blaise Matuidi, France’s number 14, hit a late winner in the 3-2 away win.

The Netherlands fought back from 2-0 down at half-time to level, only for the French captain to dampen the mood on an emotional night in the Dutch capital.

Cruyff, who was named European footballer of the year three times, helped the Dutch reach the 1974 World Cup final, where they lost 2-1 to West Germany.

Flowers and a number 14 shirt were left on an empty seat in the VIP area.

Each Dutch shirt had Cruyff’s iconic number printed on the right sleeve, but none of the home players wore the number 14 jersey itself. 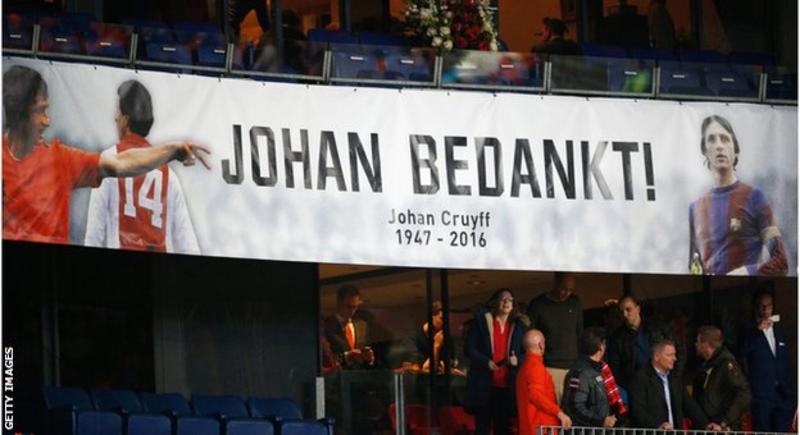 An image of Cruyff appeared on the stadium’s big screen during the minute’s applause, with all 22 players pausing to join in the tribute.

“It was special,” said France coach Didier Deschamps. “A great man like Johan Cruyff deserved such a tribute and the stadium responded to him.”

Earlier on Friday, Dutch football association (KNVB) president Michael van Praag suggested the 53,000-capacity Amsterdam Arena could be renamed in honour of one of the city’s most famous sons.

“I can’t wait for the moment when we rename our stadium the Johan Cruyff Arena. It’s the best tribute we can pay him,” said Van Praag.

Amsterdam officials said they were discussing the suggestion, but also had to consult Cruyff’s family in the matter, as well as other major sponsors. 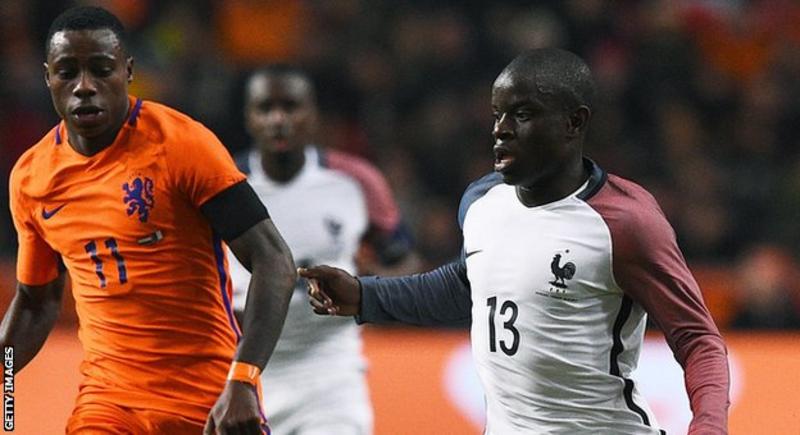 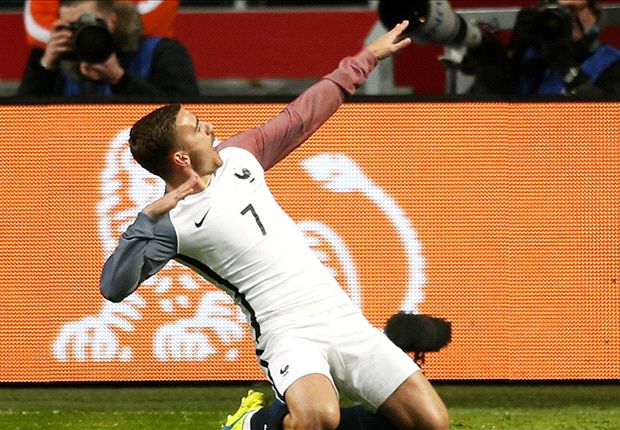