The purchase of Spanish BBVA Primera Liga club RCD Espanyol by the Chinese company ‘Rastar Group’ was completed on Tuesday.

The deal means that for the first time in its 115 year history the Barcelona based club will have a foreign owner in Rastar Group President Chen Yansheng after his company bought 56 percent of the shares in the club.

Chen will hold a press conference on Wednesday to explain his purchase, but one of his first actions will be to reduce Espanyol’s debts, especially with the Spanish Treasury.

The club is also expected to make some moves in the winter transfer window as they look to climb from 14th position in the table where they have 21 points from 20 league matches this season.

Rastar Group is a company dedicated to technology, which also manufactures toys and videogames and has a stock market value estimated at around 3 billion dollars.

The company will take over a club which is currently in the middle of the BBVA Primera Liga, and the move shows the increased interest Chinese companies are taking in Spanish football with Rayo Vallecano and Real Sociedad both sponsored by the Chinese company Q-Bao and Wang Jianlin, the president of the Wanda Group owning 20 percent of 2014 league champions, Atletico Madrid. 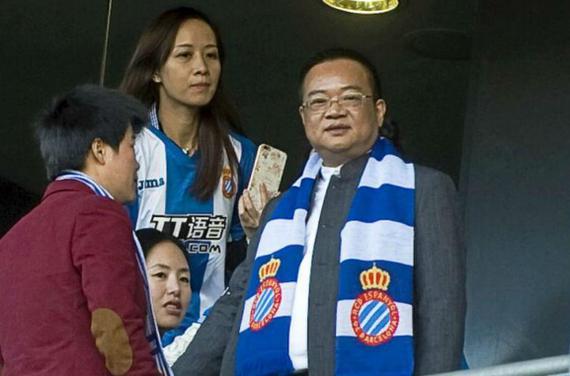