Fuel cells in vehicles create electricity to power an electric motor, generally using oxygen from the air and compressed hydrogen 氢. A fuel cell vehicle that is fueled with hydrogen emits only water and heat, but no tailpipe pollutants, therefore it is considered a zero-emissions vehicle.

Depending on the process, however, producing the hydrogen used in the vehicle creates pollutants.

Fuel cells have been used in various kinds of vehicles including forklifts, especially in indoor applications where their clean emissions are important to air quality, and in space applications.

The first commercial production fuel cell automobiles are being sold in California by Toyota and leased on a limited basis by Hyundai, with additional manufacturers planning to enter the market.

Furthermore, fuel cells are being developed and tested in buses, boats, motorcycles and bicycles, among other kinds of vehicles.

2016 Toyota Mirai Hydrogen Fuel-Cell Sedan: Everything You Ever Wanted to Know 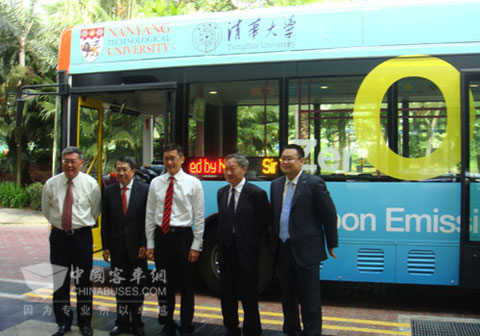