Chinese investors have made their first foray into English football, snapping up a 13 per cent stake in the parent of Premier League leaders Manchester City just weeks after President Xi Jinping visited the club’s academy.

Football, both at home and abroad, has become a target for Chinese conglomerates and their wealthy founders, which some analysts see as an effort to curry favour with Beijing.

“Football is now at a fascinating and critical stage of development in China,” said Li Ruigang, CMC chairman.

“We see unprecedented growth opportunities in both its development as an industry, being China’s most watched sport, and its inspirational role bringing people of all ages together with a shared passion.”

Mr Li, a former official in the Shanghai government, recently made headlines when he agreed to pay Rmb8bn ($1.3bn) for five-year broadcasting rights for the Chinese Super League. Those same rights had previously cost just Rmb50m a year. 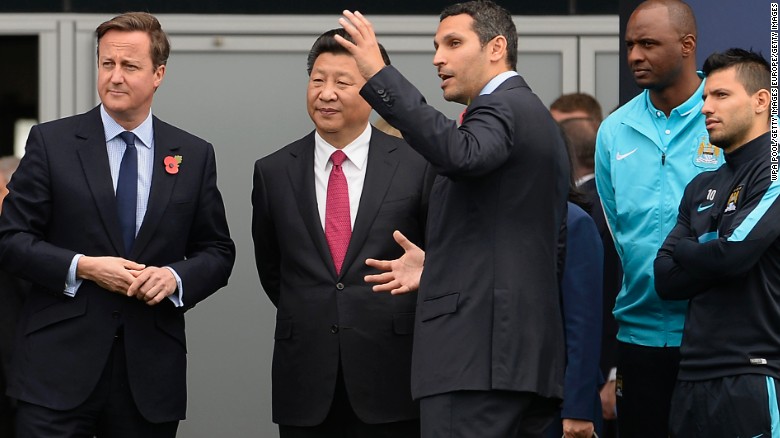