China Southern’s first A380 takes off from Toulouse for Beijing 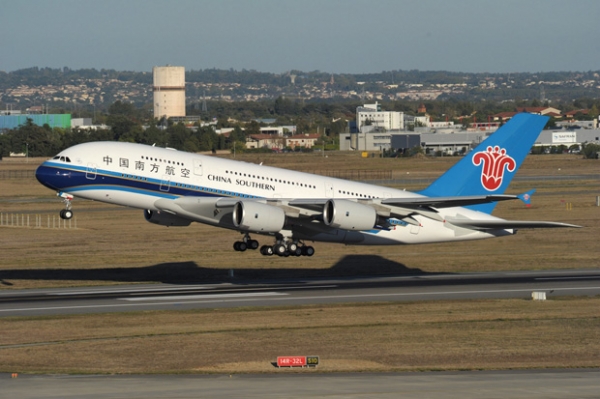 The event marked the first superjumbo Airbus has delivered to a Chinese airline, and China Southern becomes the seventh airline in the world to operate the massive airliner. It was the first of five A380s ordered by China Southern.

China Southern will initially operate the new A380 (registered B-6136) dubbed “Pearl of the Skies” on domestic service between Beijing, Shanghai and Guangzhou. It will later see long-haul action to other continents.