China is once again facing heavy capital inflows after its foreign exchange reserves posted their biggest quarterly increase since the second quarter of 2011.

Reserves jumped $130 billion to $3.44 trillion in the first quarter, helping to fuel a surge in credit growth amid concerns about the level of debt in the economy.

The increase marks a sharp reversal from last year when money exited China. The return of cash from abroad helped stoke fast credit growth in the first quarter, according to the government. Total new financing in the economy increased 58 per cent to Rmb6.2 trillion ($1 trillion) compared to the first three months of 2012.

Fitch this week cut China’s sovereign credit rating – the first such move by a major international agency since 1999 – on worries that local governments and companies had racked up too much debt.

The rating agency also raised concern about the rise in shadow banking, which continued apace in the first quarter. The increase in outstanding bank loans was moderate at 16 per cent year on year, but credit outside the formal banking system, including trust loans and corporate bonds, more than doubled.

“The rise in foreign exchange reserves is a very clear sign that capital inflows are back,” said Shen Jianguang, an economist with Mizuho Securities. “We will see more and more worries about this in the coming months because of the massive money printing in the US and Japan.”

Large bond-buying programs by the US Federal Reserve and the Bank of Japan are expanding the money supplies in both countries, generating cash that in part could wind up in emerging markets such as China. The People’s Bank of China has stepped up liquidity withdrawals over the past two months to blunt the inflationary effect of the inflows.

Beijing has strict capital controls to prevent unwanted speculative inflows. But major discrepancies in Chinese export data published on Wednesday pointed to one of the ways in which investors have been sneaking money past the regulators.

Chinese exports to the world rose 10 per cent but those to Hong Kong rose 93 per cent in March, which analysts said was an indication of how companies have been over-billing in order to bring more money into China.

Lu Ting, an economist with Bank of America Merrill Lynch, said the strong credit figures might add to fears about inflation, government debt and shadow banking.

Zhou Xiaochuan, the central bank governor, said last month he was on “high alert” about inflation

China’s economic growth bottomed out at 7.4 per cent year on year in the third quarter of 2012. It rebounded to 7.9 percent in the final three months of last year and is expected to have narrowly topped that pace in the first quarter this year. The latest growth data will be published on Monday. 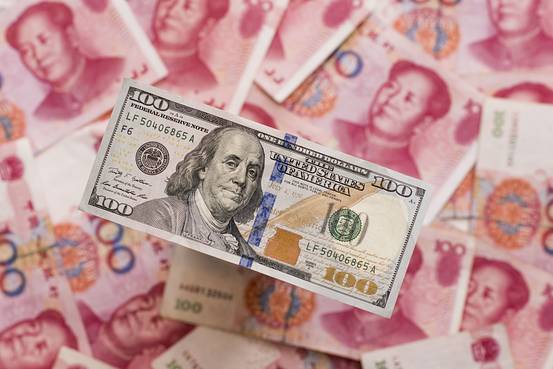 2013 China’s foreign exchange reserves increased by $ 432.7 billion of assets throughout the year; including last year’s fourth quarter increased by $ 131 billion.

China’s foreign reserves by the end of 2014 will be increased to $ 4.4 trillion.