Sanfrecce Hiroshima is the current champion of Japan League.

Beijing: Sanfrecce Hiroshima’s hopes of progressing to the Round of 16 of the 2013 AFC Champions League suffered a serious blow on Wednesday as the J.League champions endured a second straight defeat in Group G as Beijing Guoan handed Hajime Moriyasu’s team a 2-1 defeat.

The Japanese side lost their opening game at home against Bunyodkor last month and are now under pressure to pick up their first win of the campaign when they host former champions Pohang Steelers in April.

“We played this away game in a very difficult situation. It was an away game, there were not too many fans to support us,” said Hiroshima manager Hajime Moriyasu.
“However, we showed strong fighting spirit, and I am very happy about that. We had some chances, and didn’t give up when we went behind. Of course we still have lots of points to work on.”
Beijing were in dominant form throughout in front of a vociferous crowd at Workers Stadium and as early as the sixth minute Joffre Guerron was causing the visitors problems, but the Ecuadorian could only find the side netting with his close range effort.
Yang Zhi gathered Hiroki Mizumoto’s effort at the other end six minutes later, but it was to prove to be only a brief respite for Hiroshima as Beijing continued to push forward.
Wang Xiaolong also narrowly missed the target with his attempt at goal in the 17th minute while the defence was forced to scramble Piao Cheng’s shot clear three minutes later.
From the resultant corner, though, Beijing opened the scoring with Freddy Kanoute’s dummy seeing the ball fall at the feet of Lang Zheng and his low shot evaded Shusaku Nishikawa via a deflection off the toe of Guerron.
Guerron continued to cause the Sanfrecce defence problems and, with three minutes remaining in the half, he slalomed past the Hiroshima backline only for Nishikawa to block his shot. The rebound fell to Kanoute, but the former West Ham United and Sevilla striker’s effort was also cleared by the goalkeeper.
The half-time break did little to sooth Sanfrecce as the home side came out in confident mood for the second period, Zhang Xizhe hit the post from close range in the 57th minute and, three minutes later, he saw another goal-bound effort deflected wide by Hironori Ishikawa.
Nishikawa pushed Zhang Xizhe’s effort over the bar in the 65th minute as Beijing continued to create but not convert chances and, eventually, their profligacy came back to hurt the hosts as Hiroshima equalised.
With 15 minutes remaining Tomotaka Okamoto’s shot from long range was deflected into the path of Ishihara by Lang and the Sanfrecce forward looked set to give his side an undeserved point with a confident finish.
However, just four minutes later, Beijing reclaimed the lead when Piao Cheng picked the ball up on the edge of the area before cutting inside and wrapping his foot around a low shot that curled around Nishikawa to secure all three points for the home side.

“I have to congratulate to the players on the win. We deserve it,” said Beijing assistant coach Slobodan Kuljanin, who attended the post-match press conference after head coach Aleksandar Stanojevic was sent from the bench by referee Saeid Mozaffari during the game.
“And also thanks to fans, they showed huge support. We should have locked down the win earlier, because it was a bit intense at the end.
“We are promoting attacking football all the time, and we hope to attract fans with beautiful and entertaining football. So far it’s been working well. We will stick to it and make it more obvious.” 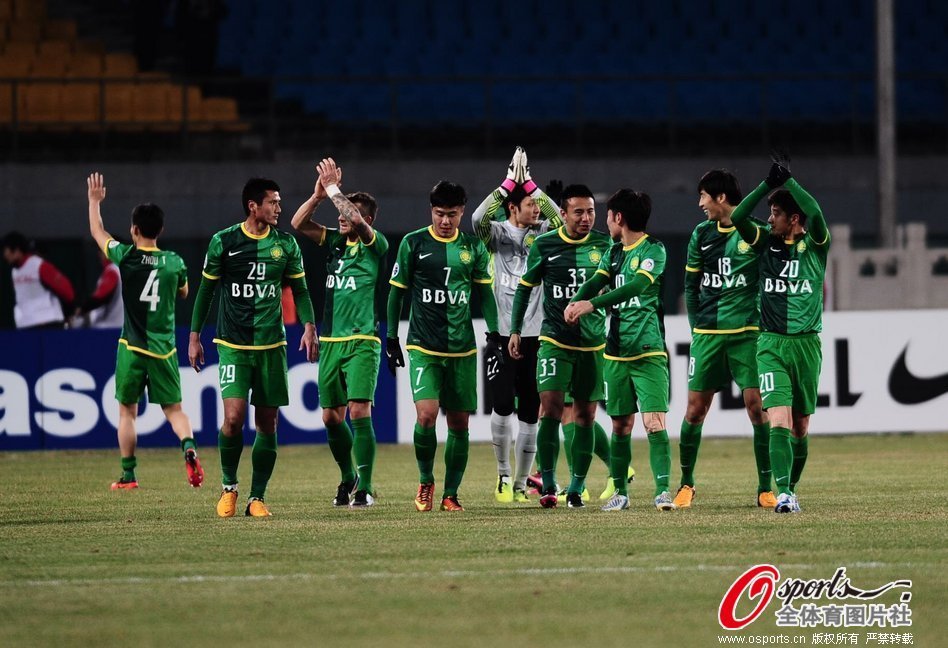 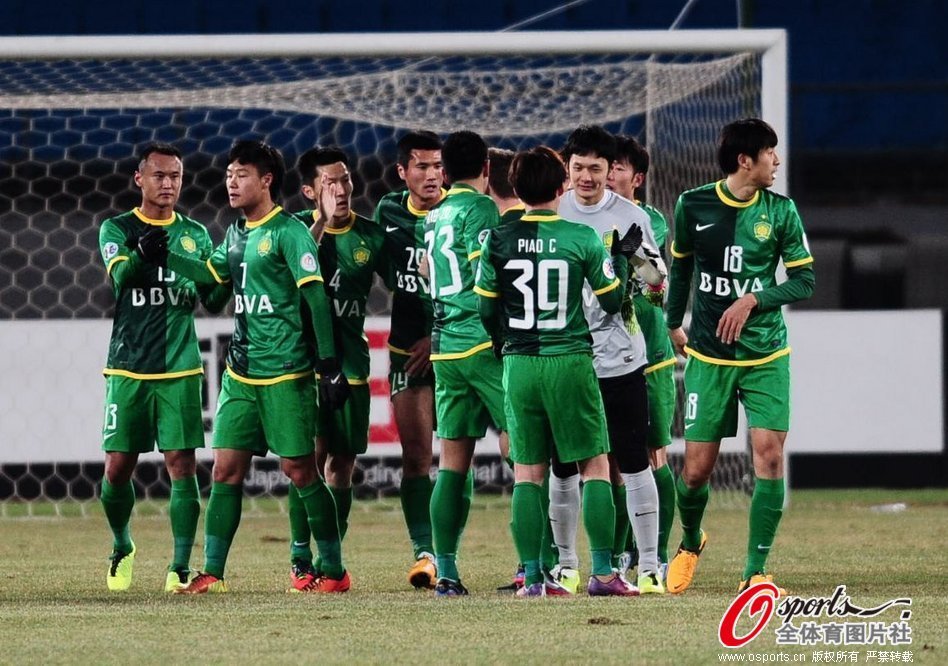 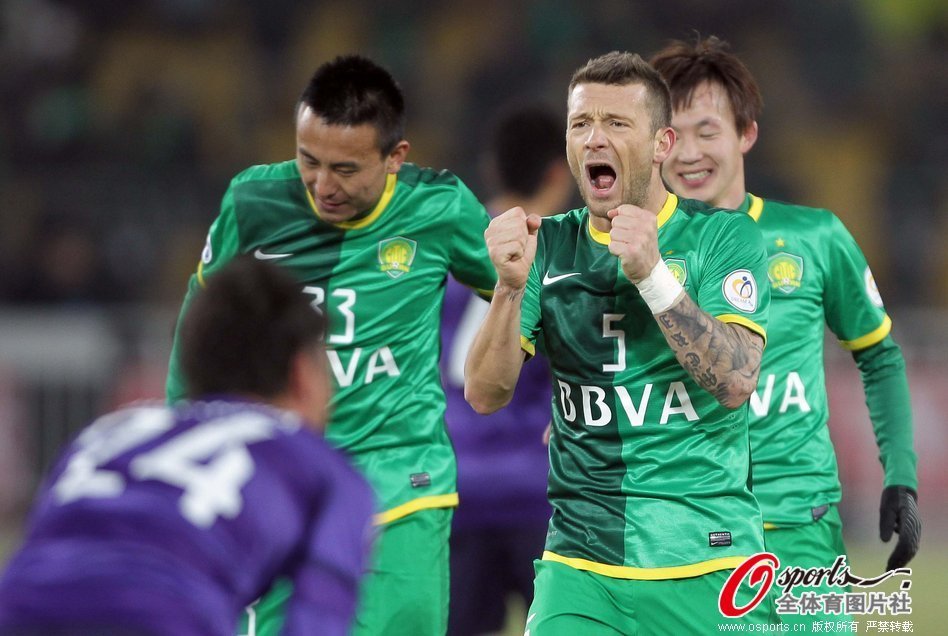 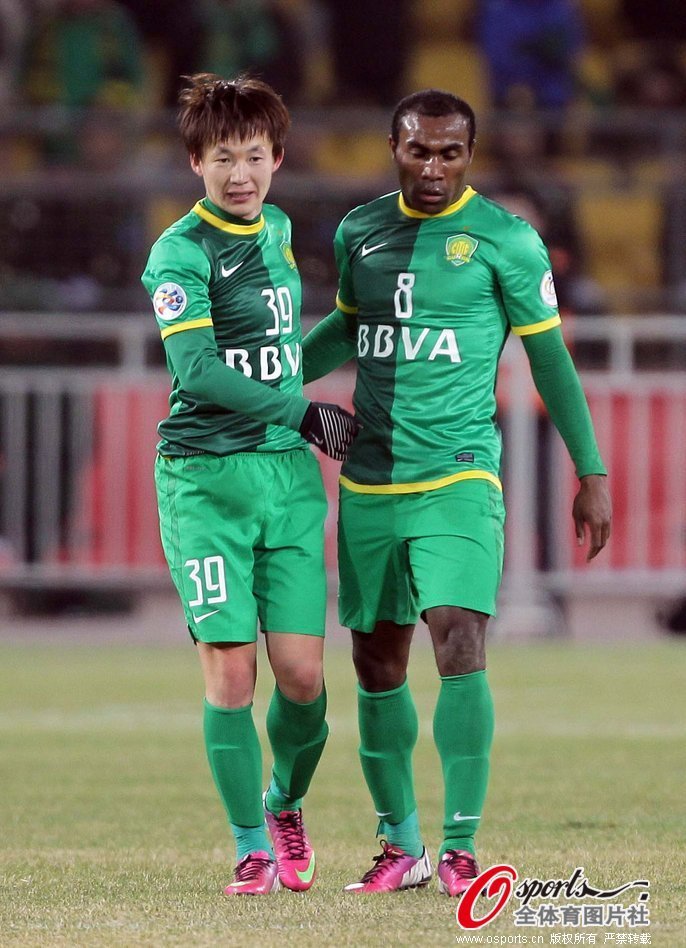 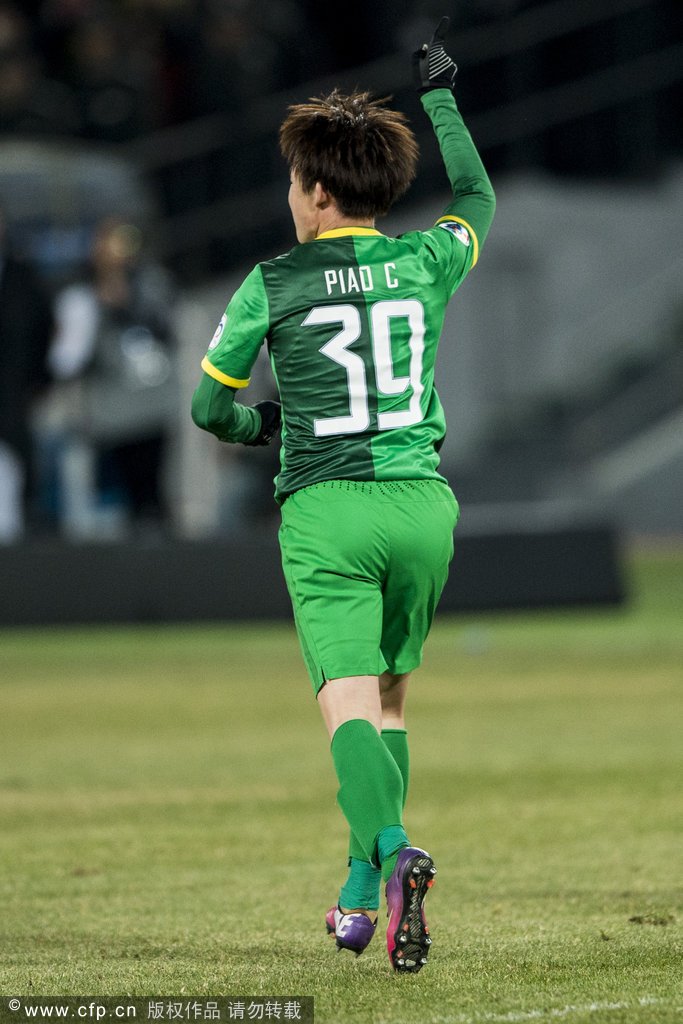 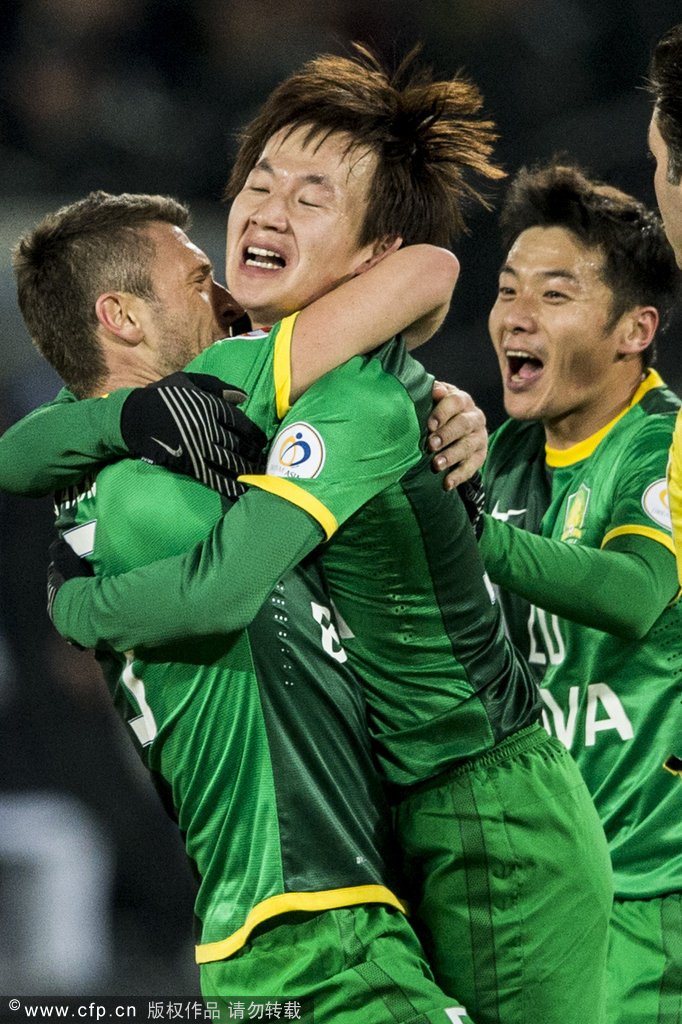 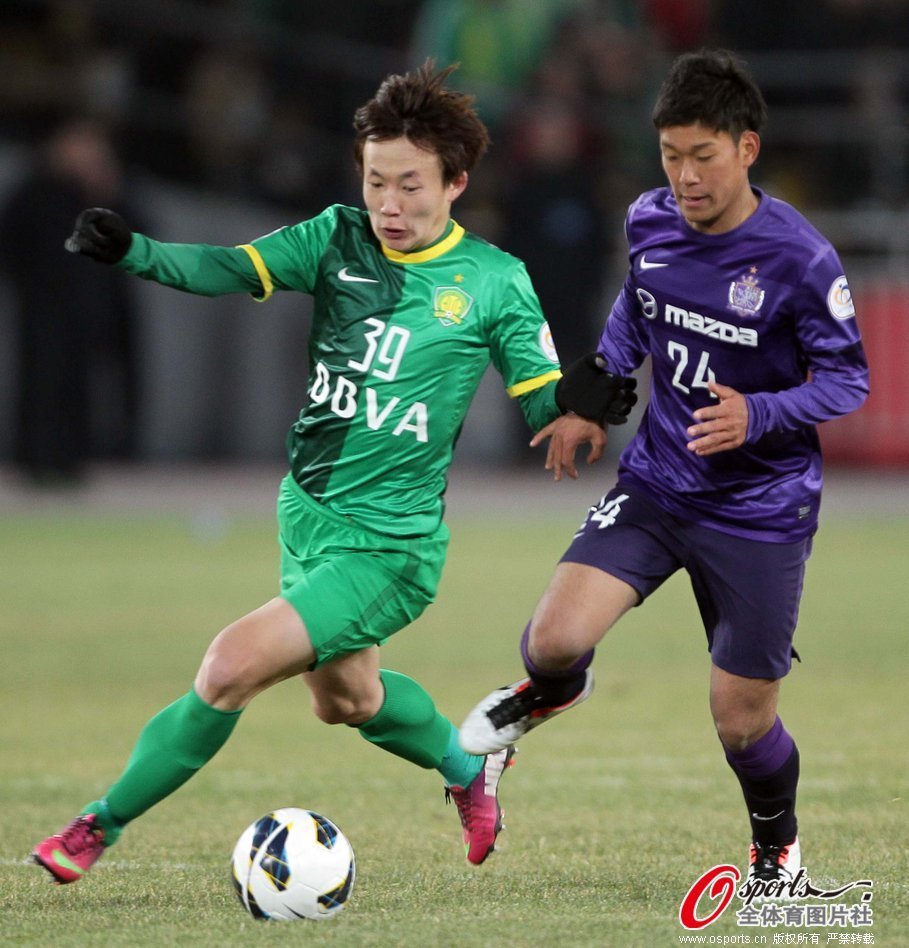 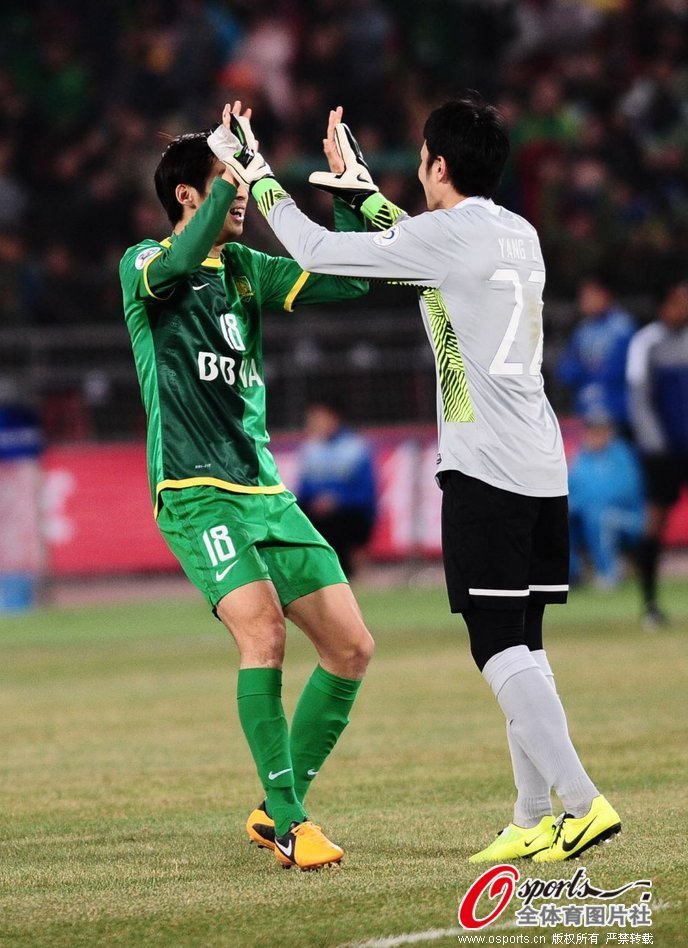 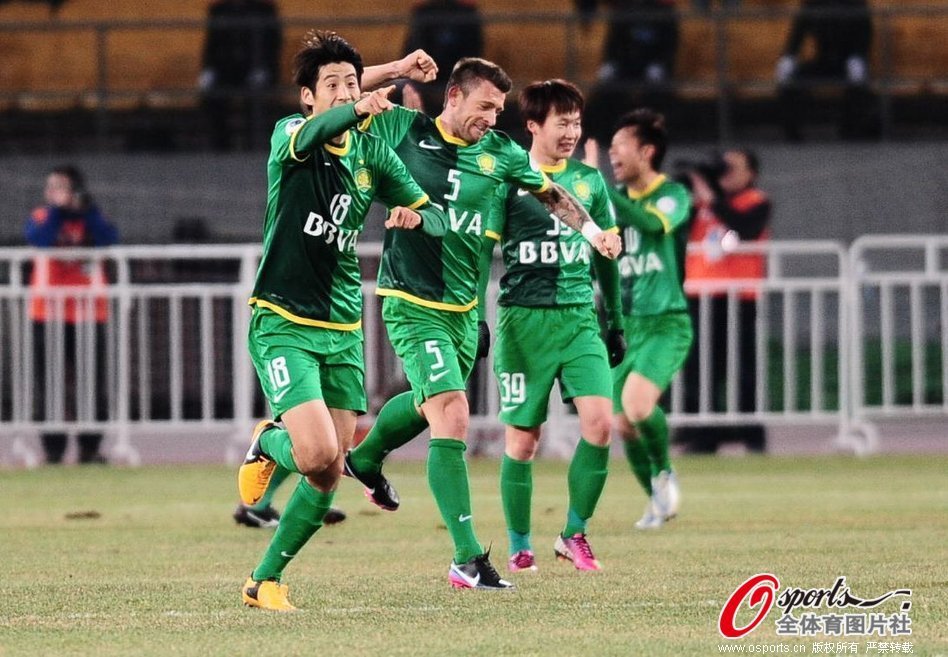 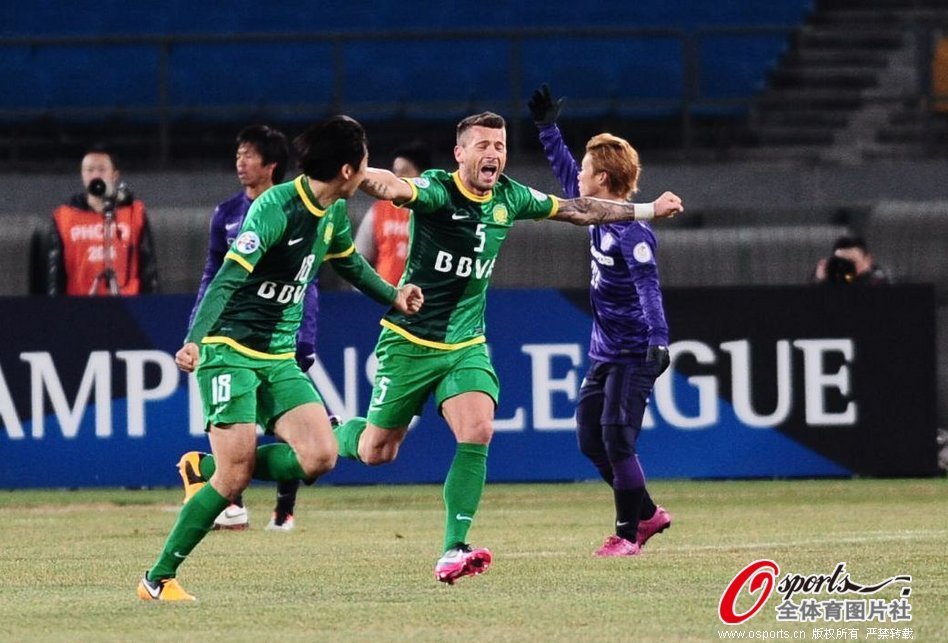 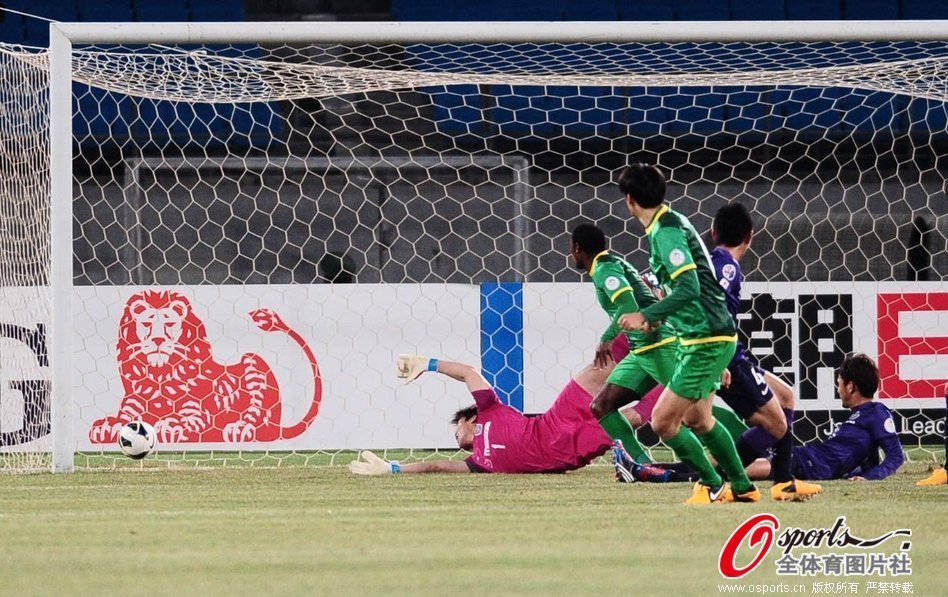 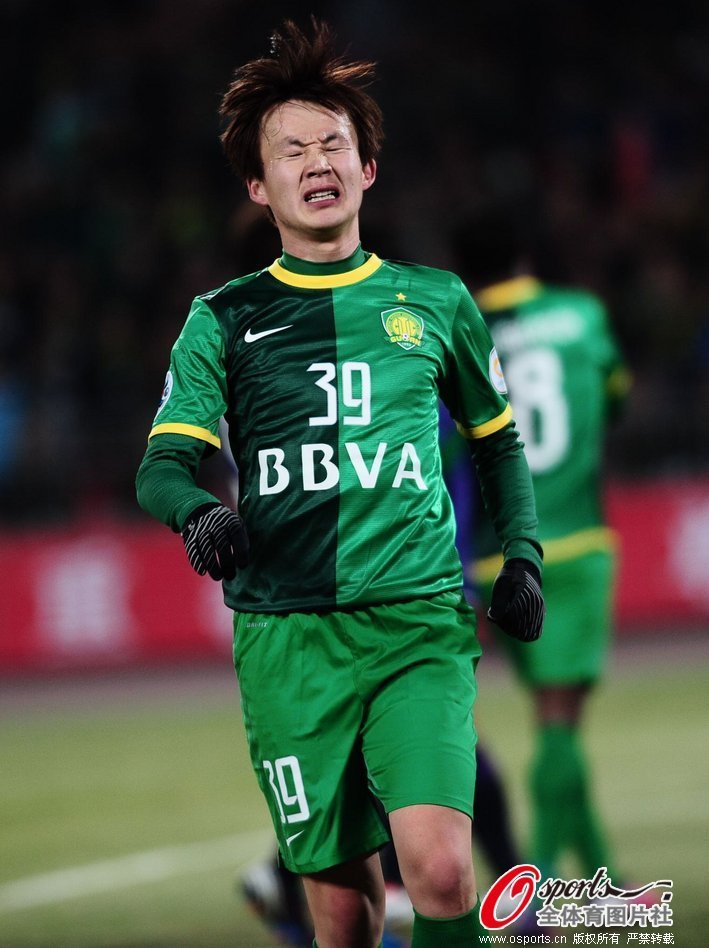 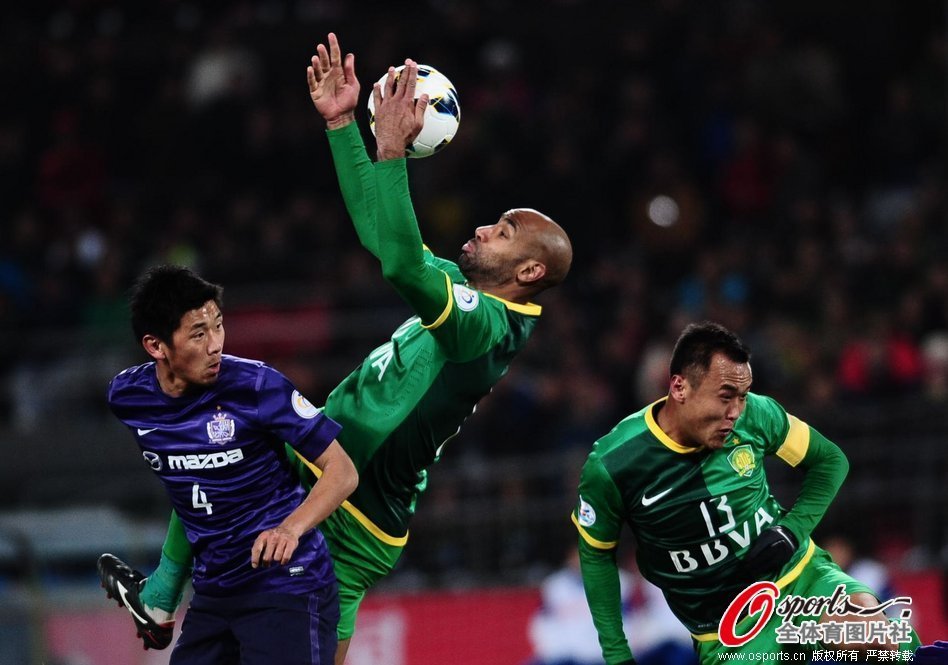 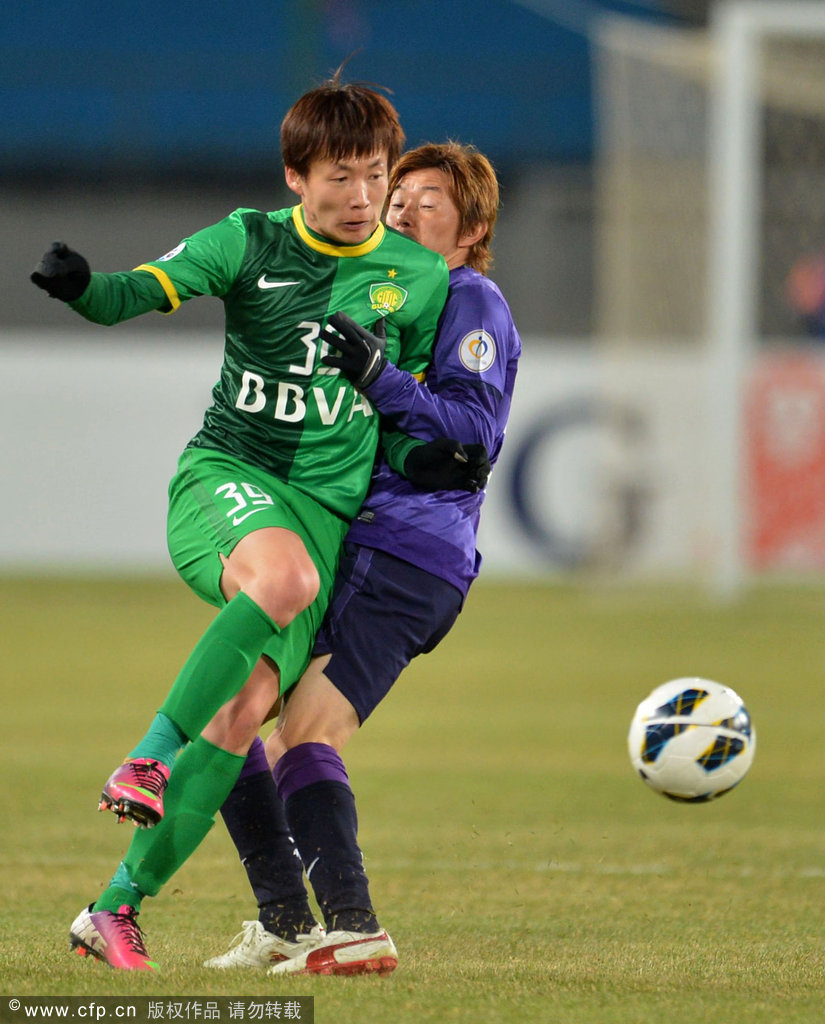 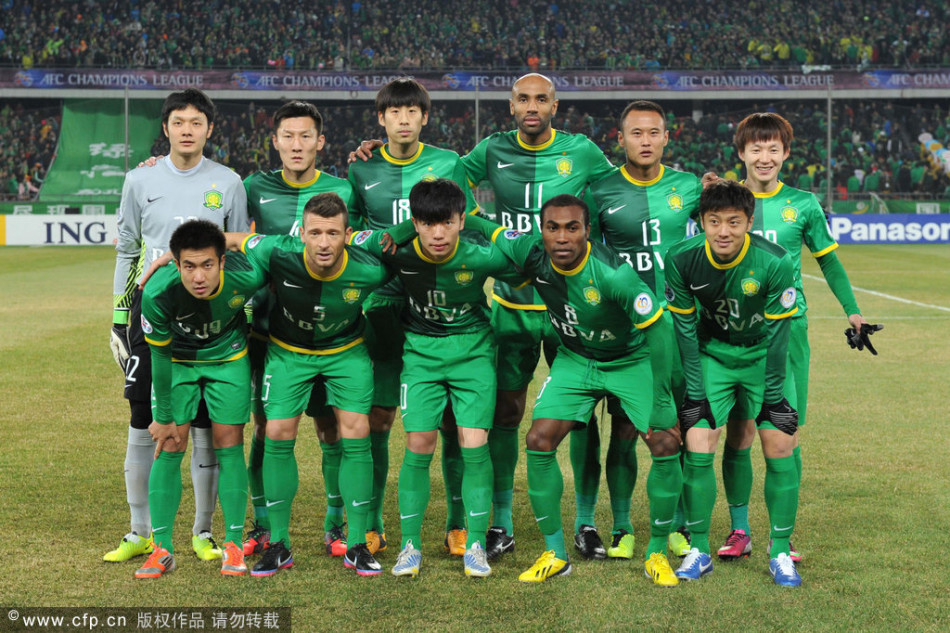 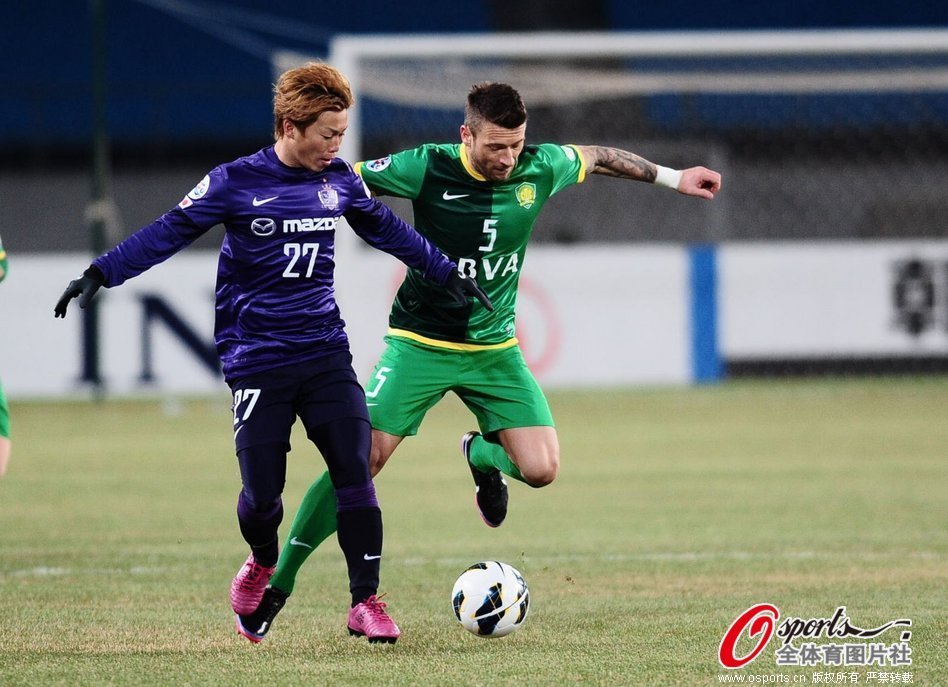 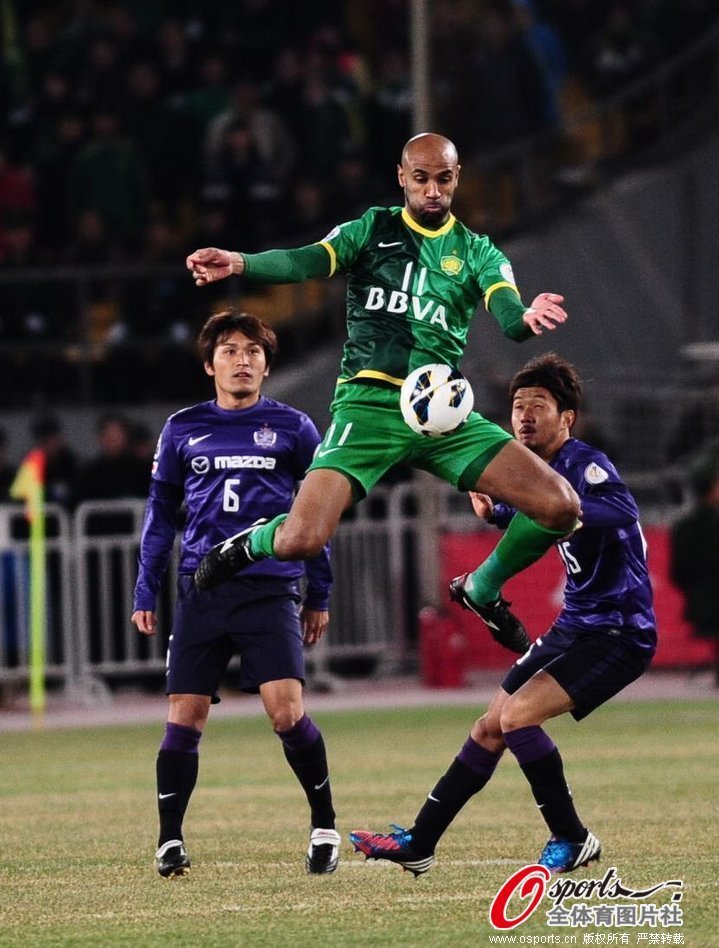 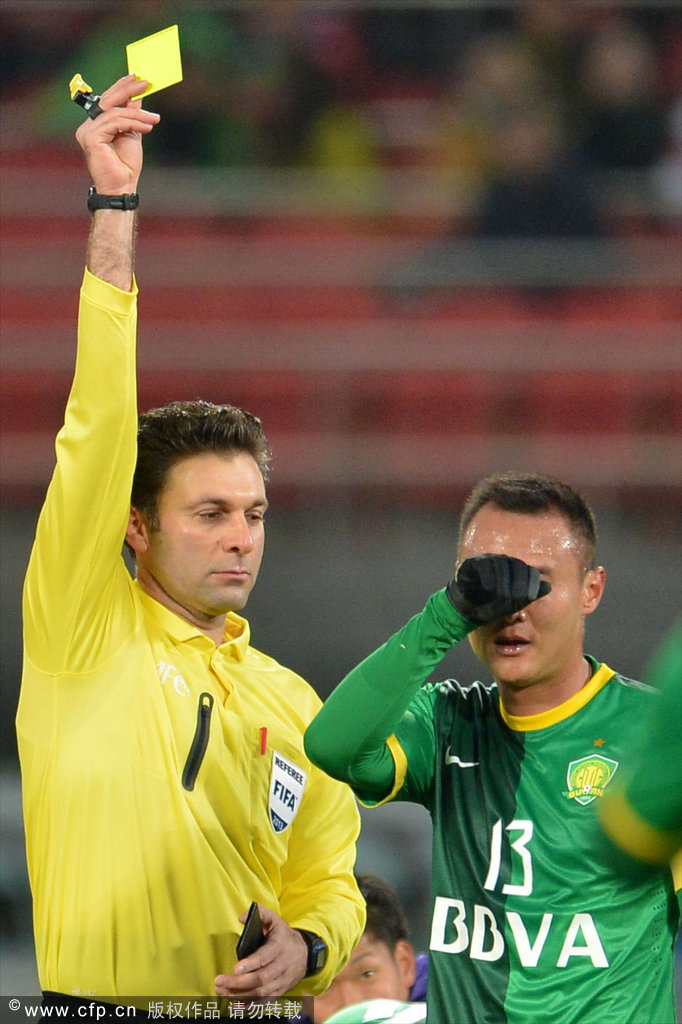 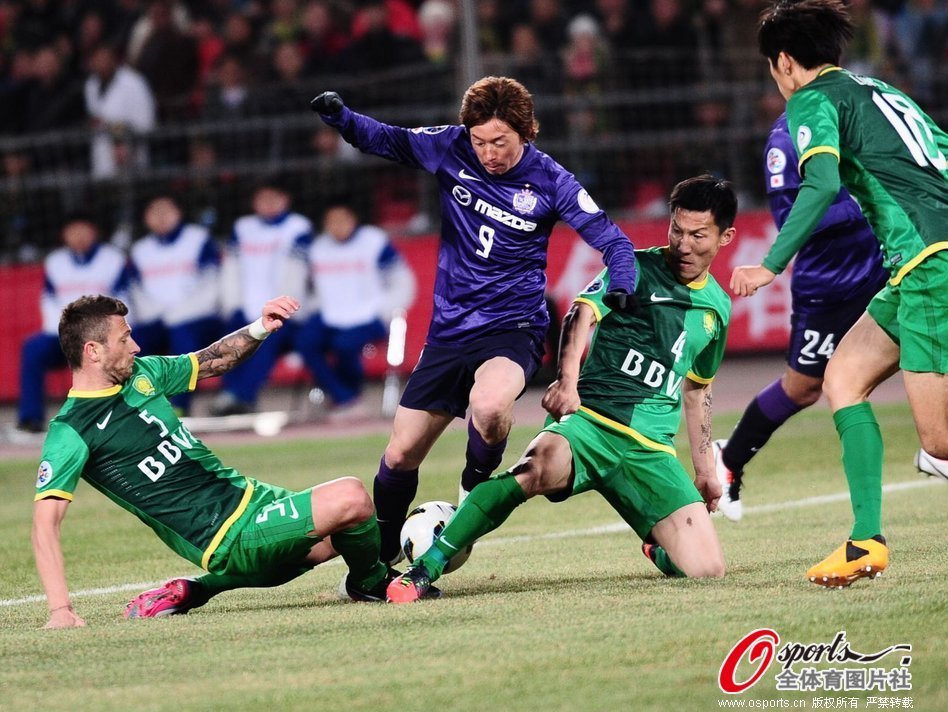 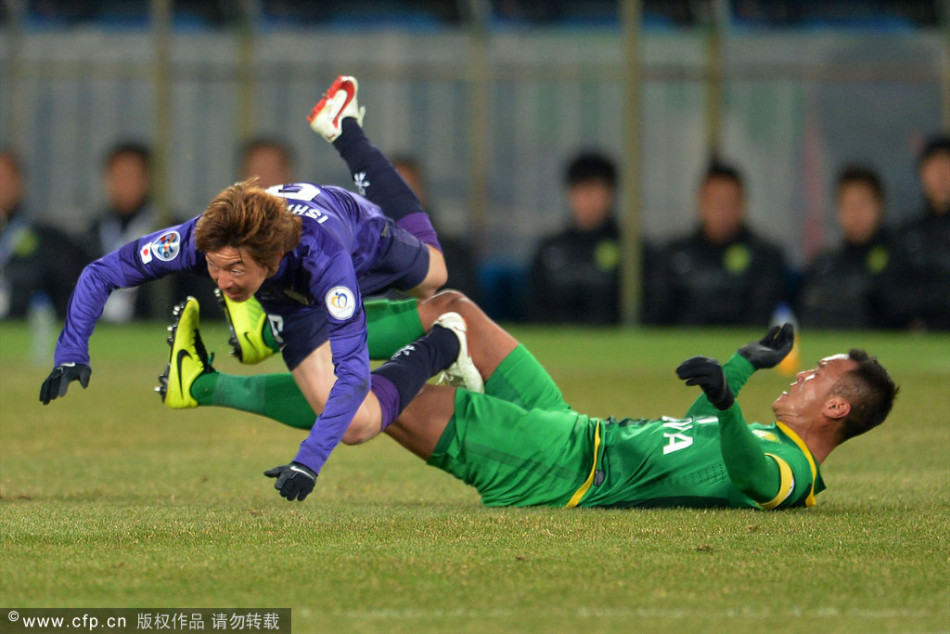