PLA Aircraft carrier could launch this year in 2012

It was the first time a PLA officer has officially mentioned a specific timing for the launch of the refurbished aircraft carrier. Defense analysts believe the carrier could be launched on Aug. 1 to coincide with the anniversary of the establishment of the PLA.

Xu made the remarks on the sidelines of a second plenary meeting of the fifth session of the 11th National People’s Congress (NPC) on Thursday.

The yet-to-be-renamed carrier is expected to carry Shenyang J-15 fighter aircraft, as well as Z-8 transport helicopters. It will be based on Hainan Island and cover the East China Sea and South China Sea, where China has territorial disputes with a number of claimants, including Taiwan, Japan, Vietnam and the Philippines.

Military analysts also believe the carrier could be used in an enveloping attack against Taiwan, forcing the nation to defend itself on several fronts.

Xu said trial runs for the J-15 were in the pipeline and that takeoff and landing tests were expected to be carried out this month, along with further test runs of the aircraft carrier. Recent online images of the former Varyag show far less clutter on the deck than usual, which could be signs of an imminent sea trial.

Meanwhile, South Korea’s Chosun Ilbo reported yesterday that the aircraft carrier could be used to patrol the waters off South Korea’s Ieo Island, a submerged rock 149km off the southern coast of Jeju Province, which Beijing claims is an extension of the continental shelf that falls under Chinese jurisdiction.

South Korea is currently building a maritime research station on the island province, which is straddled by the overlapping Exclusive Economic Zones (EEZ) claimed by Seoul and Beijing. The two countries have been holding negotiations on the EEZ since 1996.

The Chinese military has yet to confirm a role for the aircraft carrier in waters off Ieo Island and the claims by the Chosun Ilbo could not be independently verified.

Earlier this month, Chinese State Oceanic Administration Director Liu Cigui (劉賜貴) told Xinhua news agency that Ieo Island was located in waters under Chinese control. According to South Korean media, the remark was the first time China stated that the islet was to be included in China’s range of regular patrols, an announcement that prompted Seoul to call in a senior official from the Chinese embassy and lodge a protest.

Meanwhile, Chinese Major General Xu Xiaoyan (徐小岩) told the People’s Daily recently that one aircraft carrier was insufficient to meet the requirements of the Chinese navy

“Only one [aircraft carrier] is not enough. I think we should have our own aircraft carrier formation, consisting of three or four carriers,” he said. 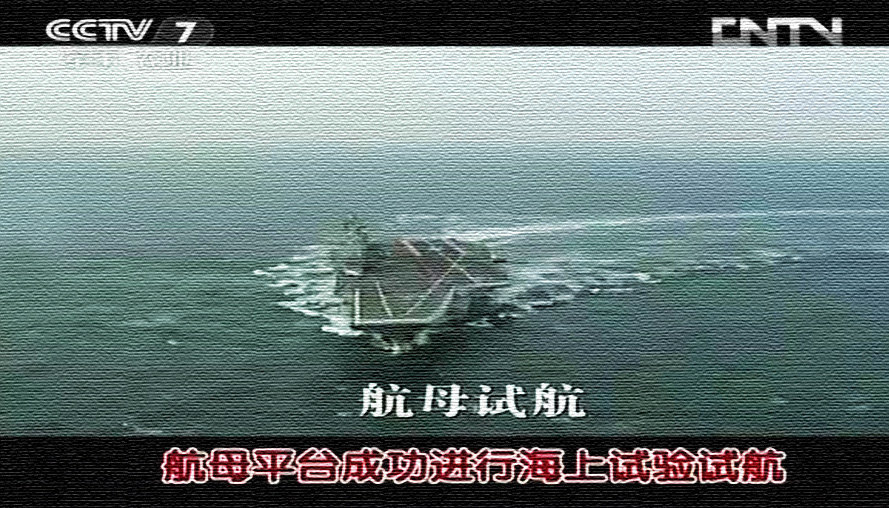 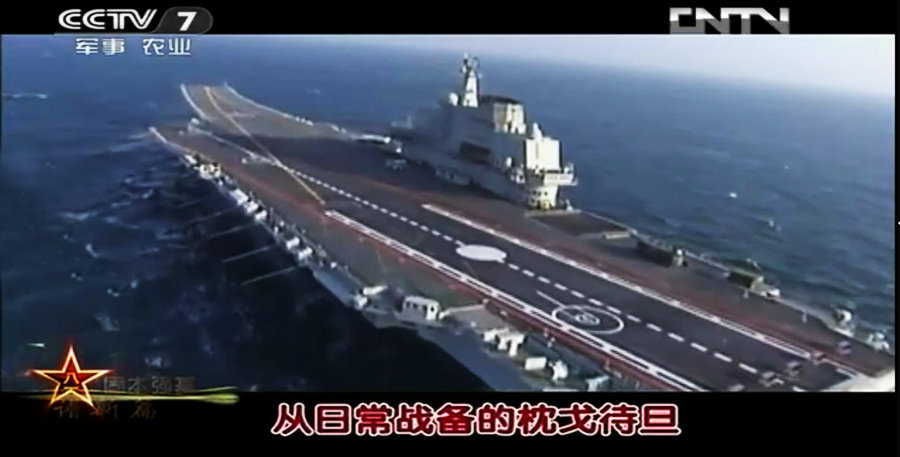 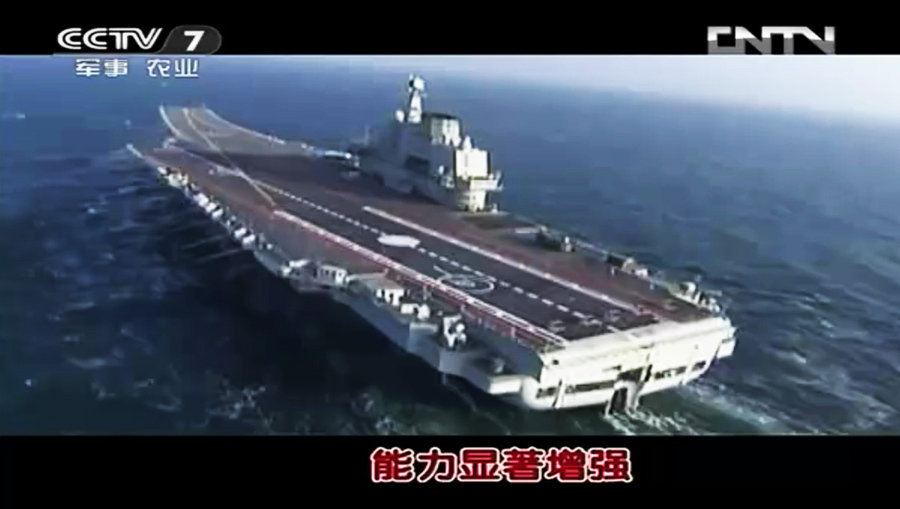 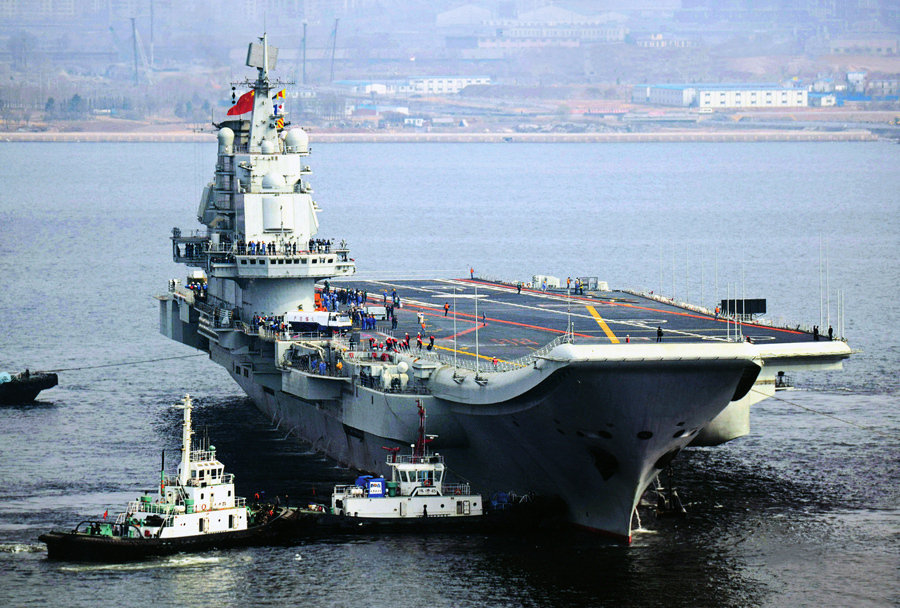 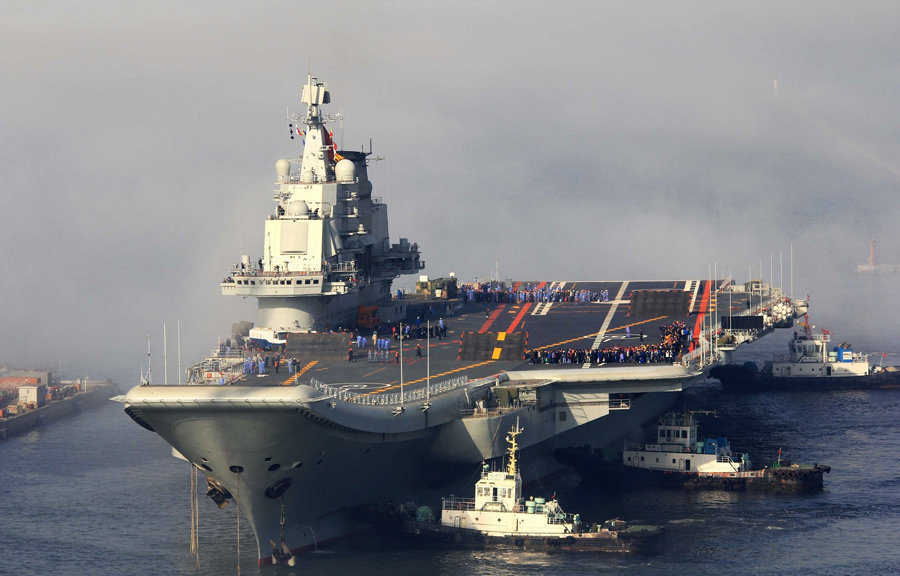 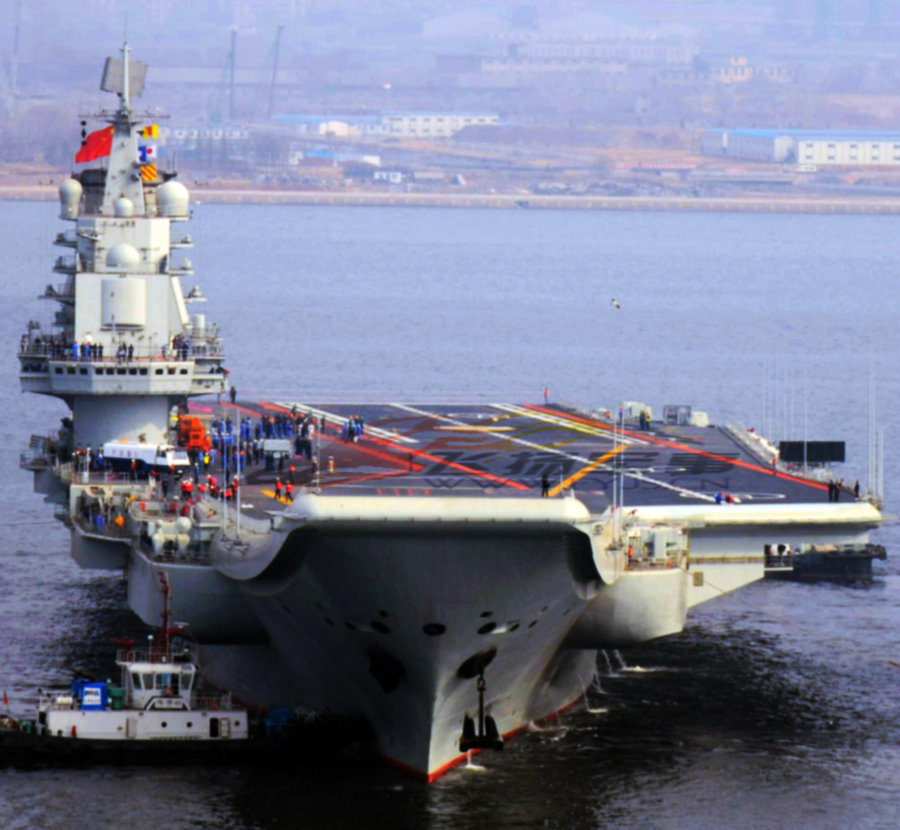 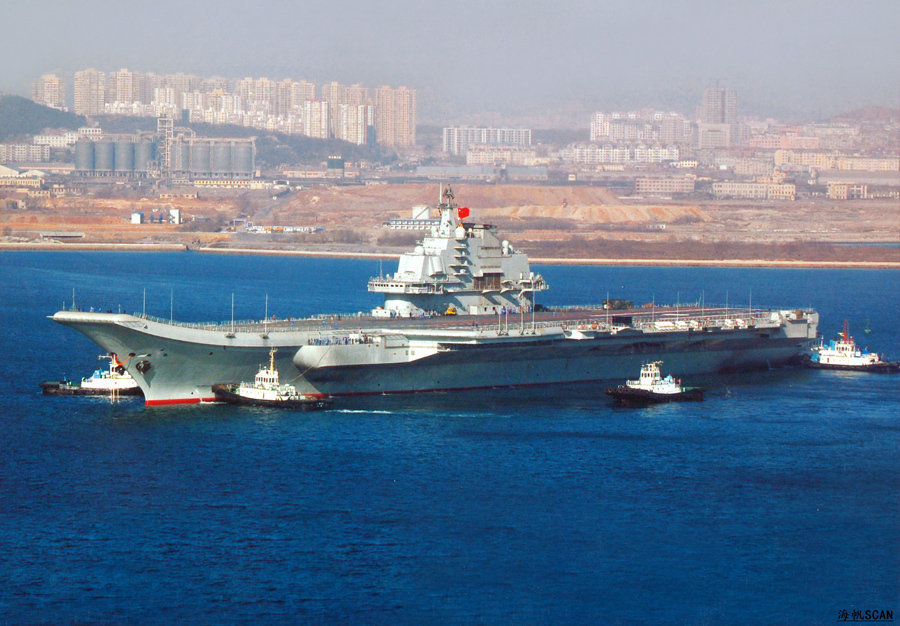 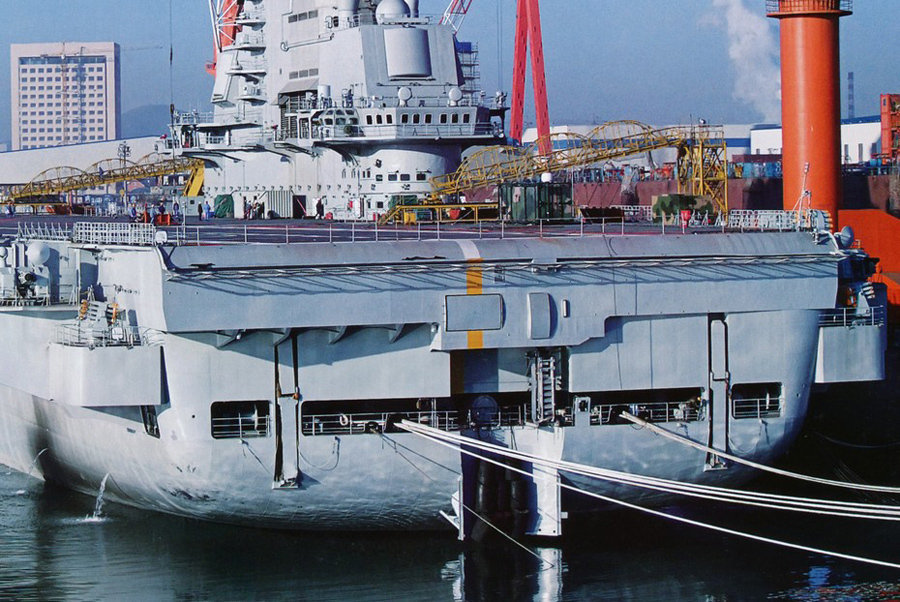 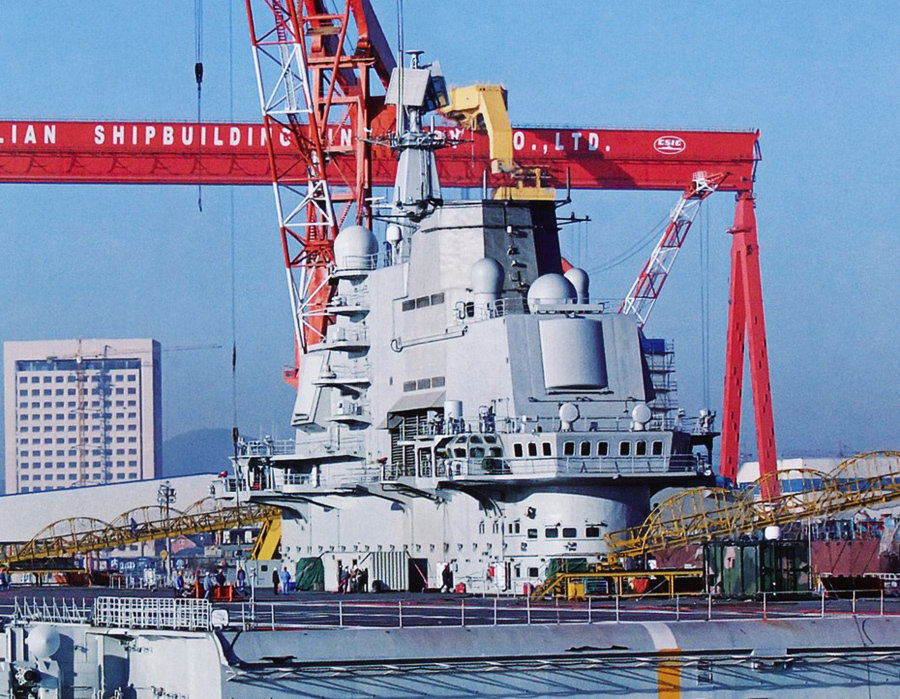 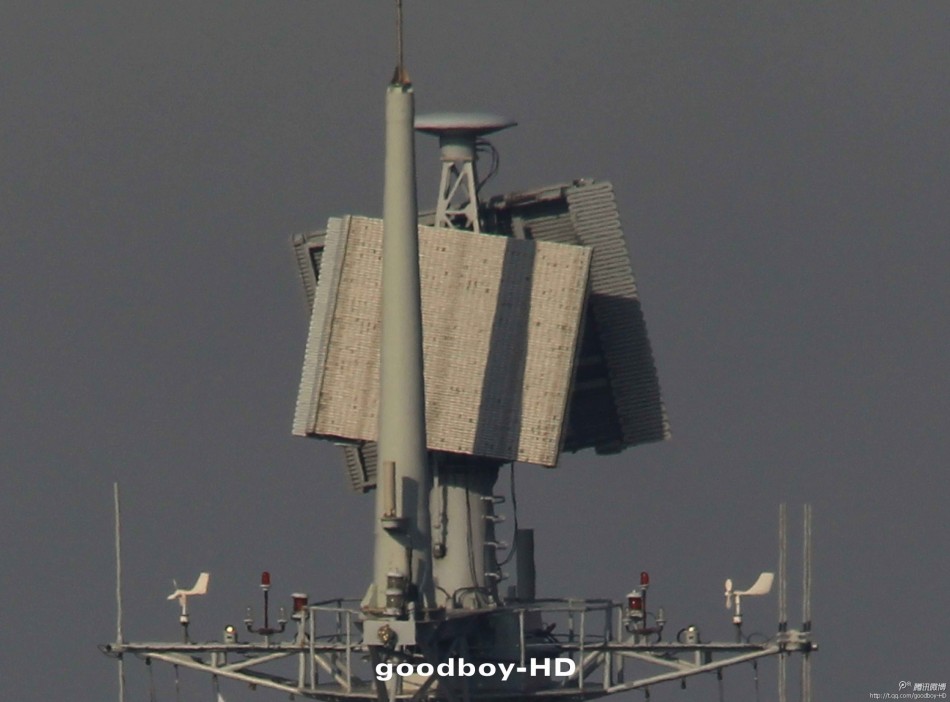