The production cost of the bulletproof sedan, by China’s auto giant FAW Group, is reportedly about 4 million yuan ($586,000) each. Measuring 6.4m in length and weighing 4.5 tons, the D-Class HQE super luxury limousine boasts the FAW-developed CA12GV 6.0-liter engine. The parade car will be priced at 8 million yuan.

The state-of-the-art limo took two years to plan and manufacture, according to its maker FAW. Only 17 were produced as the first batch, seven of them used at the National Day parade. The designers have gone to great lengths to incorporate a distinctive Chinese feel to this luxury HQE sedan model.

“For instance, the radiator grille is in the shape of a Chinese folding fan, and the tail light is like an ancient palace lantern,” said Mr. Guo Shijun, head of the Hongqi manufacturing department at FAW.

The homegrown Hongqi limo has been favored as the car of choice for China’s many national day parades, with the first-generation of the sedan used in the celebrations of 1959.

The new Hongqi car that graced the military parade of New China’s 60th National Day this year belongs to the fourth generation.

“Greetings, leader!” Loudly replied the soldiers in brand new uniforms. Hu then said “Comrades, you are working hard!” And the troops replied: “We serve the people!” 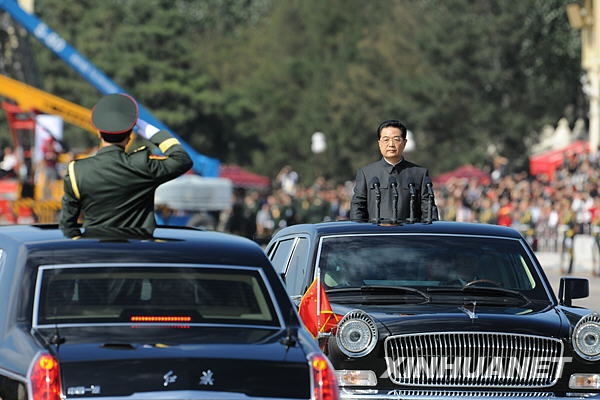 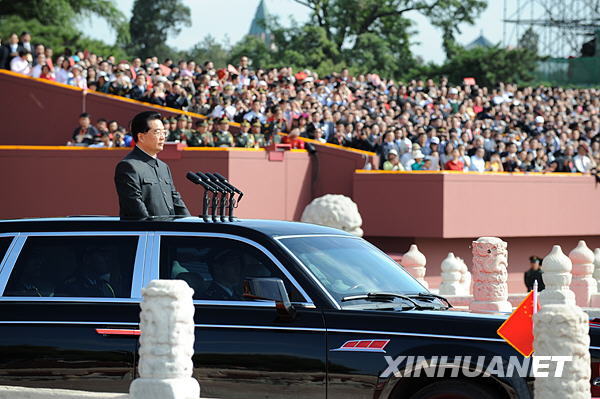 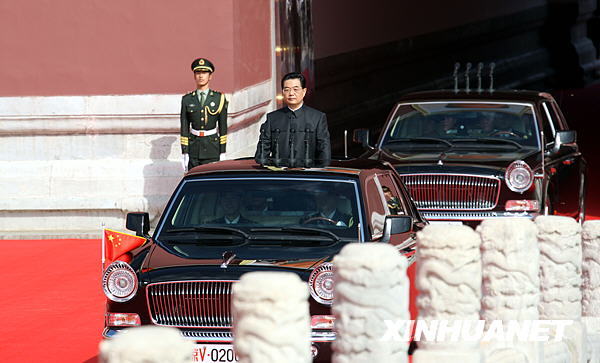 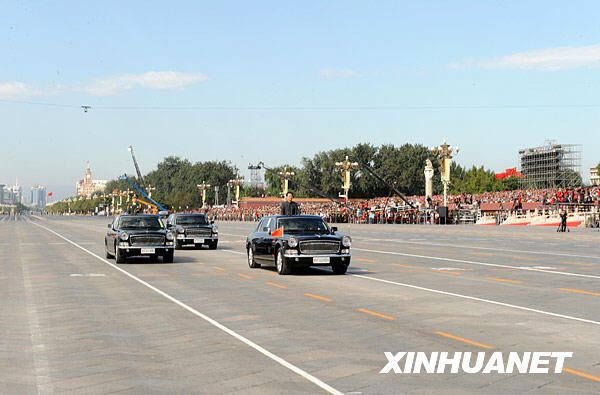 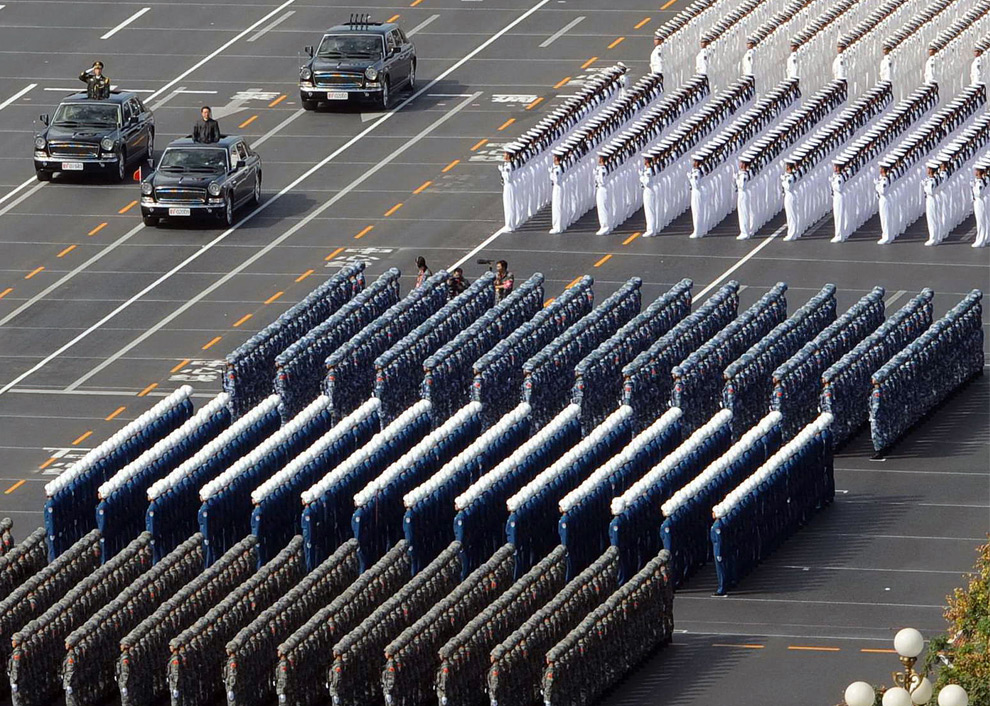 This is the Hongqi CA770 state limousine from the Shanghai Car Museum. The Hongqi (Red Flag) CA770 was a giant sedan made exclusively for the Chinese government, only 847 cars were produced in its long life from 1966 until 1981.
[img 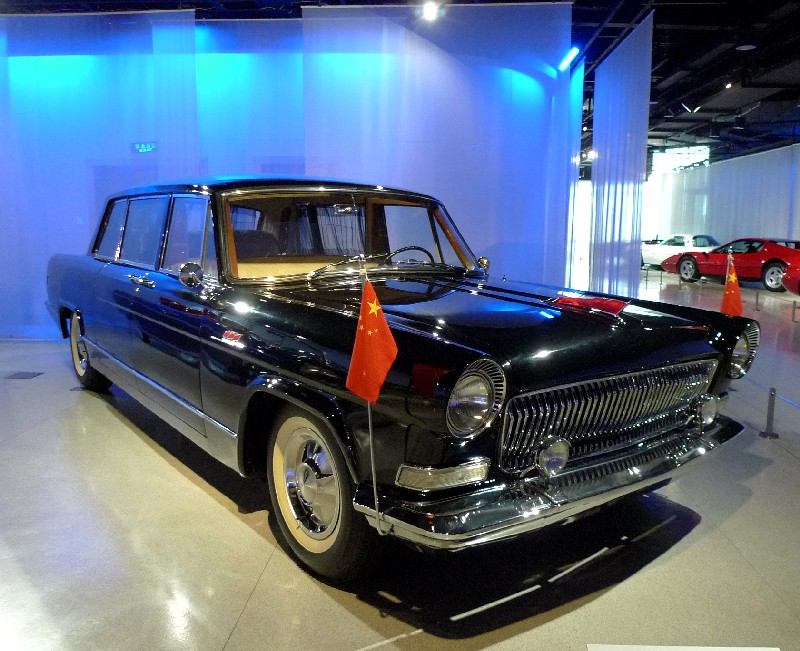 This reminds me of my partents’ 1964 Dodge Dart GT. It had a slant 6cyl engine with a 3 speed automatic transmission with the gear shifter (buttons) nounted on the dashboard!
[img